EARNING A PATH TO CITIZENSHIP 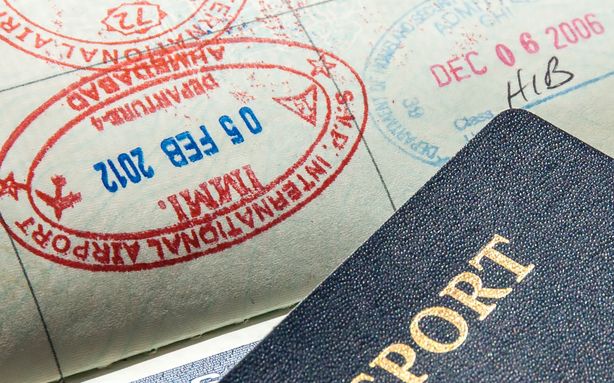 Almost two years ago I wrote an article for the Bakersfield Californian, where I discussed the Dream Act, and the need for a path to citizenship. You can read the article here. Today I ran across this article from Tallahassee.com on immigration reform and an earned path to citizenship (hat tip to Susan). It was written by Richard Trumka, president of the AFL-CIO, and Simone Campbell, executive director of NETWORK and a leader of "Nuns on the Bus" movement. To avoid copyright issues I'm re-posting only the opening of their article below ...

Richard Trumka and Simone Campbell: Don't fall for the false choices on immigration
As Washington pundits size up the political pitfalls and payoffs of immigration reform, let’s not forget that fixing a broken immigration system is fundamentally about protecting family values and defending the dignity of workers.
We are inspired to support common-sense reform that includes an earned path to citizenship because of our Catholic faith and the moral example set by our own immigrant families. Scripture reminds us to care for the weak and love the migrants among us. Joseph, a carpenter who knew about a hard day’s work, was a migrant who journeyed across a border with Mary. In the parable of the Good Samaritan, Jesus taught timeless lessons about seeking justice for our neighbors on the margins. 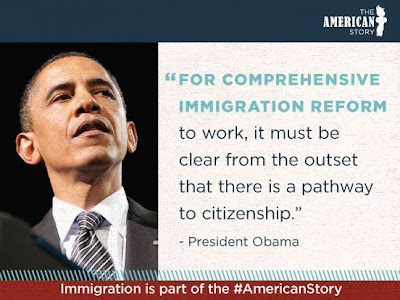 Those who are left abandoned on the side of the road today include the estimated 11 million undocumented immigrants toiling in the shadows without opportunities to earn legal status. Comprehensive reform is not “amnesty,” as some opponents of sensible reform claim. It is a practical, humane response to a dysfunctional immigration system that should shame us as a nation.
For at least the past decade, a broad coalition of religious, labor and business leaders has made the case that a great country can’t claim to be a beacon of freedom and opportunity while separating immigrant parents from their children and exploiting workers. Despite the best efforts of demagogues who trade in ugly myths, division and distortion, our movement remains strong, diverse and united. It combines the visions of young immigrant dreamers, fiscally minded CEOs, workers’ rights advocates and faith leaders. This is a formidable force that will not be turned back.
It’s time to reject false choices. We can protect our borders at the same time that we provide an earned path to citizenship for millions of undocumented immigrants. We can protect both American-born workers and aspiring Americans by reforming our current immigration policy, which is a blueprint for manipulation and abuse by corrupt employers ...

You can read the rest of the article here.

In the FYI category, at least 62% of Americans (and up to 83%) support a pathway to citizenship for undocumented immigrants.