SO, WHERE'S THE TEA PARTY ON THIS ONE?

Via Think Progress we learn that thirty big corporations in America actually spent more money lobbying Congress between 2008 and 2010 than they paid in taxes (hat tip to Tom for the link). 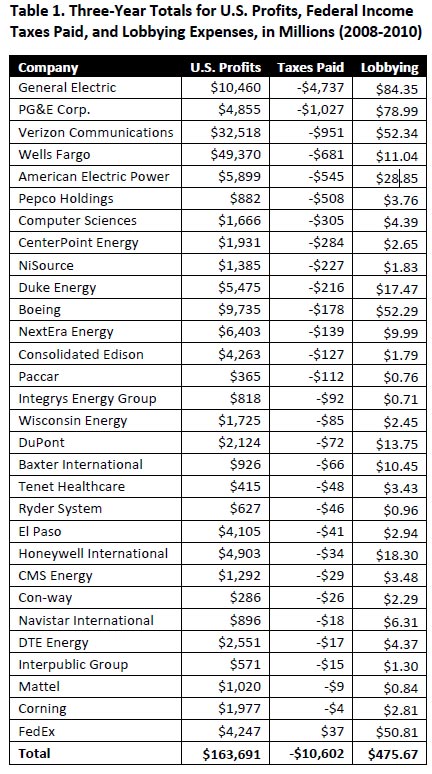 What has all that lobbying gotten corporate America over the long-term? In a few words corporate profits have soared (money once set aside for taxes suddenly becomes "revenue"). Just as importantly, corporations now pay a smaller share of taxes into our economy (as a percentage of GDP) than they did in the past. Check it out ...

All of this helps explain why middle America's income tax (what you earn) and payroll tax (social security, medicare, etc.) payments have remained relatively stable or grown (payroll). Middle America is told that they need to keep paying their share of the bills, while America's richest Americans have convinced most Americans that their tax load has to go down ... for the good of the nation. Trickle down, you know. 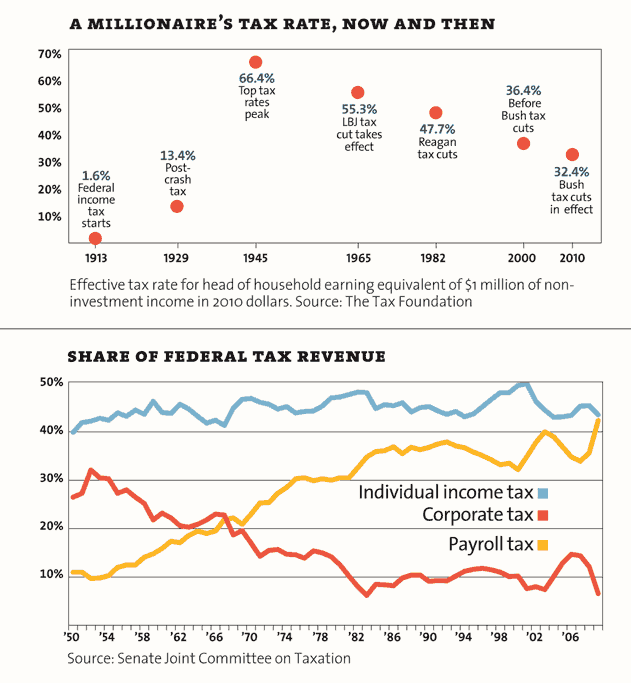 Long story short? Our debt problem is largely A REVENUE PROBLEM. And it's caused by a group of people who think shifting the responsibility of maintaining our great nation on to others (the middle class) is a good idea (and it is, for them).

Think about it. As I explained (or tried to explain) to Republican Mark Abernathy during one of our KGET 17 sparring matches, spending as a percentage of GDP has remained relatively stable over the years, and only started to surge under President Reagan's trickle down policies. 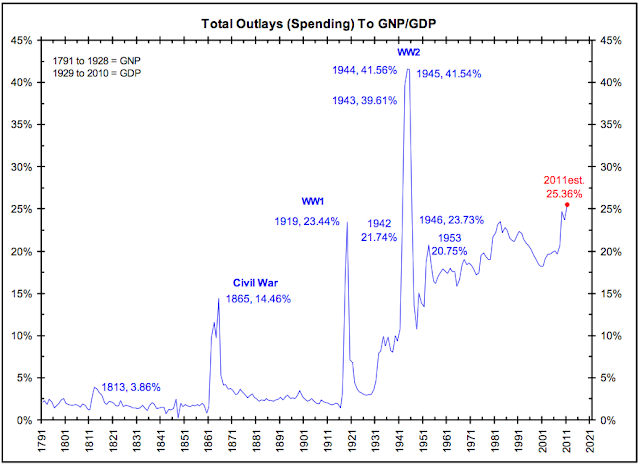 At the end of the day, by reducing their tax burden, while maintaining (or raising) the tax load on ordinary Americans, what we're seeing is one of the greatest wealth transfers in human history. Seriously.

Not only do the top 1% and those at the top of corporate America's food chain get to keep more, but someone's going to have to pay for the $14 trillion that's been added to our national debt since 1980 (when it was only $907 Billion). And you can bet your life that the top 1% don't think it should be them.

So, my question is, where's the Tea Party on this one?