After years of reckless deregulation, the Financial Services Modernization Act (1999), the 2008 market collapse, and our screwed up bailout in perpetuity programs, we've created a banking and financial monster ... 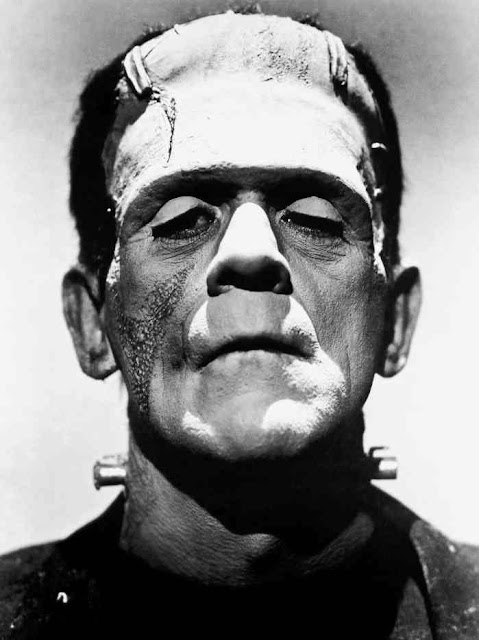 More specifically, just as Frankenstein was built from the parts of the dead, our increasingly Frankenstein-like banking and financial system has been pieced together from dead and rotting institutions (click chart to enlarge) ... 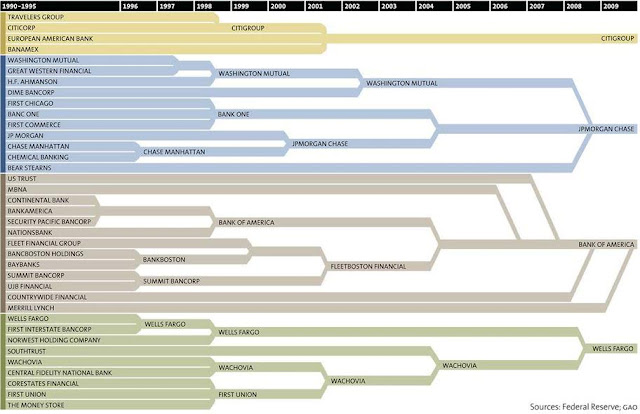 Why is this important, you ask? Consider this.

A year ago (2010) the total assets controlled by Bank of America, Citibank, JP Morgan, and Wells Fargo ($7.7 trillion) were almost double the combined assets of the next 46 biggest banks. This represented at least 64 percent of total commercial assets of all the banks in the United States.

This is a real concern because the four biggest banks banks in the nation now control more assets today than they did in December 2007 - when they held just $4.95 trillion in assets, and were considered Too Big to Fail.

But wait. It gets even better. We haven't even begun to delve into our "shadow banking" system, which manages and controls even more assets than the big four do today.

Addendum: Kudos to John (and others) for posting the chart above on FB. Also, here's a list of the biggest commercial banks, with assets, from SNL ...

I'm wondering what happened to our 4th Amendment rights in CA.
http://www.theblaze.com/stories/calif-appeals-court-approves-cell-phone-searches-during-traffic-stops/
And an interesting response from UCSD law Professor Shaun Martin
http://calapp.blogspot.com/2011/09/people-v-nottoli-cal-ct-app-sept-26.html