On the surface this is what most Americans see ...

After massive demonstrations, Tunisia's Zine al-Abidine Ben Ali was forced to flee his country as protesters forced him into exhile ... Facing similar conditions, Eypt's corrupt Hosni Mubarrak was forced to resign in February of 2011 ... Libya's leader Muammar Gaddafi is hunted down and killed by Libyans, after 41 years of ruling his nation through fear and intimidation.

But there is much more to the overthrow of three corrupt and kleptocratic regimes in Tunisia, Libya, and Egypt. In fact, in many ways, it all started with a vegetable seller in Tunisia.

After Tunisian police confiscated Mohamed Bouazizi's only means of earning a living in December of 2010 he set fire to himself. He was fed up with a corrupt regime that would take his only means of earning a living. Street protests were initiated. They became uprisings. Subsequent events in Tunisia, and then throughout the Arab world, are now known as the Arab Spring.

In the real world it means, when possible, encouraging our allies to go through international institutions, like the United Nations and NATO, to assist repressed people looking to overthrow corrupt regimes. But the Obama Doctrine also means relentlessly pursuing those who threaten America's security.

Killing Osama bin Laden in a stunning raid led by U.S. Special Forces in May proved this. This, in turn, was followed up by another spectacular military operation in September that killed the most potent post-Bin Laden al Qaeda threat to the United States, Anwar al-Awlaki. 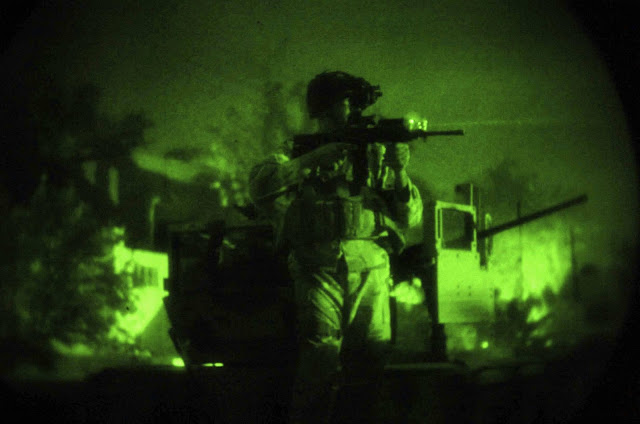 It would be easy for me to say that cooperation and successful military raids are sufficient to understand the Obama Doctrine. But, as President Obama's comments on Israel demonstrate, this doesn't do justice to the complex thinking that the Obama Doctrine involves.

It is the difference between a checkers player and a chess player. Consider how it worked in Libya.

And the best part? It was all done without having to put American troops on the ground. This meant no American military casualties and only a handful of Libyan civilian casualties. All of this allowed the British and French to lead the United Nations and NATO - at the request of the Arab League - to continue pursuing a crippled regime on behalf of a beleaguered civilian population. 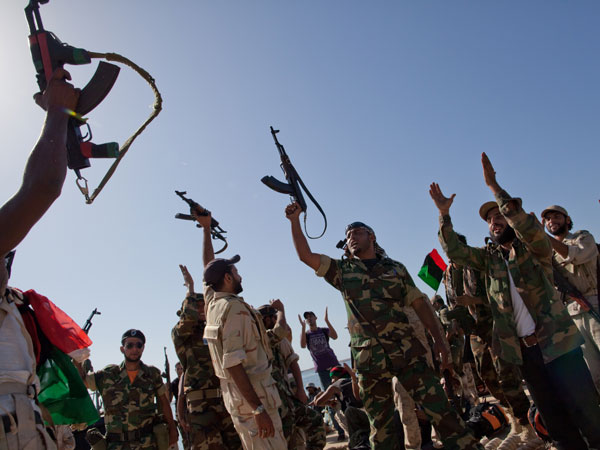 Ultimately the Obama Doctrine doesn't provide the media with the "shock and awe" fireworks of a U.S. military invasion, or the pomp and pageantry of a Mission Accomplished photo op. But it's working.

While all of this may all be too much for those who want to turn every conflict country into parking lot, today's developments - understood in the proper context - help us see the Obama Doctrine for what it really is. An approach to global politics that's starting to win the United States new fans. That it's happening in an historically antagonistic region bodes well for America, on many levels.

Addendum: This is probably the best interactive on the Arab Spring I've seen. Check it out.
Posted by Mark A. Martinez at 8:29 PM