EVEN THE VILLAGE IDIOTS ARE SCRATCHING THEIR HEADS 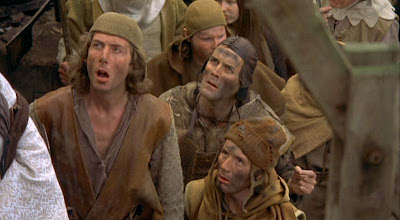 In my American Politics classes I always be sure to say that there's absolutely nothing in the Constitution that forbids anyone from making a fool of themselves. It looks like Glenn Beck is taking this sentiment to an entirely different level. This is from Huffingtonpost.com ...


Glenn Beck: Some Muslims Want to Bring About the Antichrist

Glenn Beck theorized that some Muslims are trying to bring about the equivalent of the Antichrist on his Thursday show.


Beck claimed that he was bringing the issue up because Iranian President Mahmoud Ahmedinejad and the leader of the Muslim Brotherhood in Egypt both believe in the Twelfth Imam--a figure in Shia Islam who Beck and his guest, author Joel Richardson, said bore a disturbing resemblance to the Biblical Antichrist.

Why doesn't Glenn Beck tap into the 911-God call line that he has in his head, and ask that the Spirit of God be unleashed against the Muslim-invited Antichrist. You know, like he claimed was possible when he spoke in front of the Lincoln Memorial during the summer. That way we can have the God vs. Antichrist Cage Match that Beck thinks he's uniquely qualified to see developing before anyone else.

Seriously. Even the village idiots have to be scratching their heads on this one. No doubt, they're laughing too.