SYSTEMIC CRIMINALITY AND CIVIL FRAUD, OR BUSINESS AS USUAL?

President Obama did not sign legislation that the Senate passed with a voice vote last week. The bill would have allowed banks to speed up home foreclosures by diluting and removing notary due diligence requirements that are supposed to be carried out during the mortgage and foreclosure process. 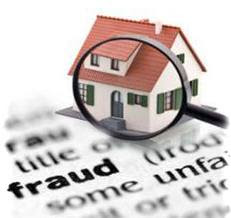 While the banks and mortgage industry claim the primary goal of the proposed legislation was to facilitate "interstate commerce" the reality was quite different. Simply put, the bill would have enabled the nation's largest banks to push people out of their homes quicker by allowing banks to cover up deceit and fraud during the loan origination and foreclosure process.

While it is good news (for now) that President Obama did not sign the bill into law, this piece from MSNBC's Dylan Ratigan explains why our mortgage and real estate industries are now facing a legal mess. In a few words, those involved in financing and servicing mortgages are trying to hide the fact that they didn't care about qualifications, and did a piss poor job of documenting loans that they subsequently dumped on the American taxpayer federal government after 2008.

Worse, as Ratigan points out, there are a lot of people trying to cover up "systematic criminal and civil fraud at the highest levels of America's banks and in its political corridors." 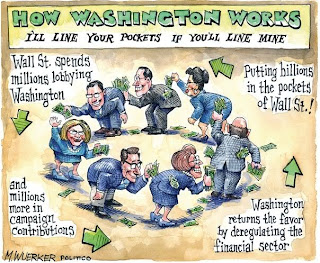 Put another way, thanks to Wall Street and Washington the American taxpayer is getting the shaft, yet again.

THE LATEST SCAM – ALERT!!! DO NOT WAIT FOR THE FORECLOUSRE MILLS, SERVICERS OR LENDERS TO GIVE YOU FORECLOSURE DOCUMENTS OR ASSIGNMENTS - THEY ARE NOT GIVING YOU EVERYTHING - ORDER A TITLE SEARCH OR GO TO YOUR COUNTY RECORDER TO SEE WHATS BEEN RECORDED ON YOUR PROPERTY – WE DID AND THIS IS WHAT WE FOUND:
In May 2005 we deposited and invested $200,000 in Real Property, where we recently found out that $118,800 was embezzled out of our property from Mortgage Lenders and Trust Brokerage Companies, namely Goldman Sachs through an escrow Transaction. The $118,800 in funds was paid to these embezzlers from the Investors unbeknownst that the securitization happened by encumbering our property and making up a fraudulent fake Promissory Note and Deed of Trust.