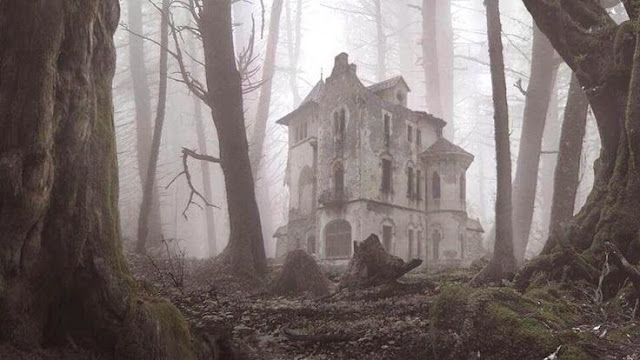 OK, let's assume that you're upside down on your house. You owe more than your house is worth. Still, you walk into a bank and are able to get a government-guaranteed loan based on the promise that the house eventually will create enough wealth (equity) so that you can pay off the loan. Imagine, getting a $250,000 loan (it's market value today) on a house when you owe $350,000.

You can use the money for many things, until the market recovers. Better yet, since there's a government guarantee, you could even walk away and leave the bank with your house if the market doesn't recover. Heads I win, tails you lose.

Many of you who owe more than your house is worth are probably thinking, Wouldn't that be nice? Well, this is exactly what Wall Street's financial titans have access to with the Federal Reserve's $2.45 trillion legacy asset program (one of many such programs).

So, what's a legacy asset? In a few words, legacy assets are the fine sounding name that the financial sector and the Federal Reserve gave to debt investments that were not paying off after last year's market panic. In your world a legacy asset would be a house that is upside down. On Wall Street legacy assets are debt contracts (home loan mortgages, credit cards, or other debts) that were sold to market players as money making instruments, but are no longer being paid. They are bad debts.

In the real world, non-performing debts would be written off, and the lender (or the industry) would learn a very hard lesson about reckless lending. Not so in our Alice in Wonderland Economy.

Here's how we got to this point.

ROOTS OF "LEGACIES" ... ASSET BACKED SECURITIES
Starting about 25-30 years ago once-promising debt contracts were bundled up and sold to market players. Over time we would call these bundled up debt contracts "asset backed securities" (ABS). Market players purchased these ABS products because America's middle-class could always be counted on to make regular payments over the life of the loans they took out. Your credit card payment or your home mortgage payment are the real assets here.

Because of vigorous lobbying by the financial sector, bankruptcy and foreclosure laws were tightened up to help make sure this would happen (see especially the Bankruptcy Act of 2005). Over time market players got giddy and even started making big (and incredibly stupid) bets on these debt products paying off. These were trillion dollar bets that dwarfed the size of our national economy, and threatened our economic viability.

As we now know, things didn't work out too well. Credit and loans between financial institutions dried up. The market collapsed. People lost their jobs. Market players who made big stupid bets (called credit default swaps) didn't have the money to pay their bets.

Market players and financial institutions who thought America's middle-class would make their (ABS) investments pay off went nuts. They even blamed consumers for not paying their bills, even when they couldn't pay the stupid bets they had made.

No matter how you looked at it, the ABS markets were in trouble.

FROM ABSs TO "LEGACY ASSETS"
This explains, in part, why the Bush and Obama administrations swung into action. With the help of the financial sector and the Federal Reserve they created a nifty sounding name to deal with collapsed ABS markets. They called them "legacy assets." They were still worth crap, but at least "legacy assets" sounded better than "liability" or what they were, dying assets.

Legacy assets ... it's a nice name for a dying instrument. Kind of like euthanasia. Except instead of killing someone painlessly - especially someone suffering from an incurable illness - we put our tumor riddled and dying financial assets on life support. Here's how.

To put America's legacy assets on life-support we created something called Term Asset-Backed Securities Loan Facility (TALF). In real simple terms TALFs are government-backed loans. They can be accessed by those who hold financial crap, or non-performing ABSs. To better understand the concept let's use our home example from above.

If TALFs were available to America's home owners they should be able to use their homes to get a loan from the bank, even if they're upside down on the loan. Unfortunately, TALF loans are only made available to America's largest and most powerful financial players by the Federal Reserve of New York (and, no, President Obama's Making Home Affordable Program doesn't even come close to TALF; it's a joke).

The big financial players don't need to put up any good collateral for the loans they get. They can use their poorly performing ABSs as collateral. If the collateral doesn't pay off then you and I are stuck with the bill (see "What happens if a borrower does not repay its loan?"). How much will this add up to? We don't know just yet. But we do know that the Federal Reserve has made at least $1 trillion available for these TALF (ABS) products, and another $1.45 trillion for non-performing assets in the housing market.

This is well above the $1.5 trillion that Presidents Bush and Obama made available via the Congress-approved bailouts.

WHAT WE'RE LOOKING AT ...
So, how well are things going? No one is quite sure, especially since there's no telling how bad markets really are because of our bailout-driven, re-inflated economy (not to mention the impact of mark-to-market garbage inflation). But we do know that the TALF terms are quite good for Wall Street, especially given the terms that the credit card and mortgage companies give middle-class America. Consider the following:

1. No Pre-Payment penalties (unlike many home loan contracts).
2. Principal rather than interest paid first.
2. TALF loans can continue if underlying product is paid off (TALF's % rate terms make this attractive).


Over 2009 we know that at least $50 billion has been lent out for "legacy assets" (via TALF) either in the form of mortgage backed loans or other debt-driven instruments (credit card debt, student loan debt, car loans, etc.). The Federal Reserve has already lent money for products that may not be worth the amount of the loan. Either way, market players have been able to generate cash for necessities - like their bonuses - and can walk away from the loan if the underlying product doesn't pay off.

But the U.S. taxpayer is told not to worry about being taken for a ride. Somehow, rigged "stress" tests in a bailed out industry are supposed to give us confidence that "markets" will work and the Fed will get our money back. And besides, the only way these the product can fail - according to the NY Fed - is if "extremely unlikely economic circumstances" appear (you know, like in 2008).

With record bonuses continuing to occur, in a bailed out and undisciplined market, somehow this doesn't inspire confidence.

UPDATE: For an overview of what productive, non-financial, legacy assets are supposed to look like click here.
Posted by Mark A. Martinez at 4:00 PM