In 2005 Congress passed the Bankruptcy Abuse Prevention and Consumer Protection Act. It was a gift to the financial sector in that it made it more difficult for debtors (especially credit card debtors) to discharge their obligations through personal bankruptcy filings. 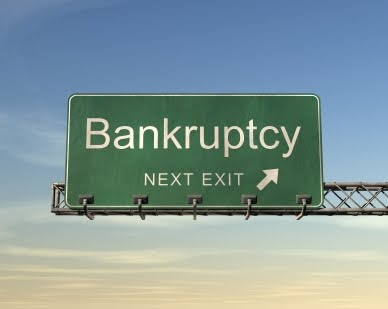 According to the industry - who was making record profits at the time - the BAPCPA was necessary because so many debtors were abusing bankrutpcy proceedings. More specifically, because debtors were "irresonsible" they needed to be held accountable with new laws that would force them into structured repayment plans instead of simply writing off their debts. According to the industry free markets couldn't operate properly if people were allowed to act financially irresponsible and then hide behind legal protections.

(I know, I know. The irony of it all. The facts behind the 2008 market collapse and the subsequent industry bailout makes the financial sector even more hypocritcal and ethically challenged on the BAPCPA than we thought. Anyways ...)

Focusing on personal irresponsibility would have been a good industry story-line except for one thing. It wasn't true. In fact, well over 90% of all personal bankruptcies in America were being filed for primarily three uninvited life altering reasons: (1) Catastrophic Illness, (2) Job Loss, or (3) Divorce. Little has changed today.

The real reason the industry wanted the BAPCPA was because they are simply too lazy to do their own due diligence. It was easier to get Congress to do their bidding. What they really wanted was to make it more difficult for Americans to discharge their debts because the longer someone had to sit on debt the more fees, penalties, interest rate hikes, etc. could be tacked on to that debt.

Well, guess what? It looks like the favorable legislation backfired on the industry (and the American taxpayer). It appears that, because of the industry's stupidity and greed, Americans are once again filing for bankruptcy at a staggering pace. Personal bankruptcy filings in America hit 1.41 million last year, up 32% from 2008.

The difference between today and 2005 is that more and more Americans are using Chapter 7 to file for bankruptcy (which allows debts to be discharged once assets are sold off) instead of Chapter 13 (which simply restructures debt if you can afford to make some payments under the 2005 BAPCPA). The indsutry didn't really anticipate this development. As well, in addition to divorce, catastrophic illness, and job loss, bankruptcies today are also being driven by home foreclosures (brought on by industry greed and bi-partisan stupidity).

Why is all of this important? Because in spite of getting Congress to write them favorable legislation the financial sector still shot themselves in the foot. In real simple terms they did this because they're too damn greedy and myopic for their own good.

More specifically, the financial sector shot themselves in the foot because they believed they would have a stronger and continuous stream of income because the 2005 BAPCPA was supposed to force more and more Americans into court-enforced bankruptcy repayment plans (which it appears to have done for a while). Confident that the courts would enforce indentured financial servitude on America's debtors the financial sector irresponsibly sent out more credit card offers (for example) with teaser rates, and then went out and sold more and more consumer debt to other entities. All of this helped fuel confidence in the CDO markets that would tank in 2008 and 2009.

There's more to this story. The point is you do not attack bankruptcy in America by writing favorable legislation that allows the financial sector to extract wealth from America's middle-class. The industry is too myopic, greedy, and stupid to do the right thing. Instead, Congress should be doing something about limiting the effects of uninvited life events like divorce, catastrophic illness (hello, public option), and job loss. Otherwise, all we end up with is a massive transfer of wealth in America.

This is not rocket science.