THE TWISTED LOGIC BEHIND FAILURE

Barron's did a review of 14 of the biggest and most prestigious brokerage (trading) firms. Their review covered 6 months, 1 year, 3 years, and 5 years. What did they find? Every one of the firms lost their clients money by failing to see the market meltdown coming. Click for larger image.

Keep in mind, these guys are supposed to be the experts. Yet they didn't generate net positive returns for their clients during any of the time periods tracked. Even a broken clock gets it right two times a day.

Why do I bring this up? Am I just pointing out the obvious? No, I'm pointing this out because we now have market experts telling us that we need to allow AIG's executives to keep their bonuses. As Devilstower tells us, the same people who didn't see the meltdown coming now believe that handing out million dollar bonuses for failure is a good idea.

Take Columbia University Professor of Financial Institutions, Charles Calomiris, for example. He believes we should just let AIG figure it out because, you know, they did such a standout job the last time. After telling us that we don't know what's going on in the financial trenches, he writes:

This illustrates the importance of avoiding government micromanagement of these institutions, since it is very hard for taxpayers, politicians, or bureaucrats to make such judgments ... Nevertheless, as a country we need to find the courage and strength of character to put the national interest above our own desires to punish financial institutions. Withholding effective support [for things like bonuses] will delay our recovery.

Calomiris offers the following advice: "What we need is, we need to compensate them so they stop losing money for us."

So if I got this right, we need to pay people not to lose money ... after they paid themselves a ton of cash (with bonuses) to lose money and wreck our economy. This is like saying we need to pay bonuses to the crew "Heckuva a job Brownie" left behind after Katrina laid waste to Louisiana because without the bonuses they might do a worse job then they did during Katrina. Huh? Does this make sense to anyone? Not to me it doesn't.

Let's make this simple: What Calomiris is advocating represents the logic that drives failure. 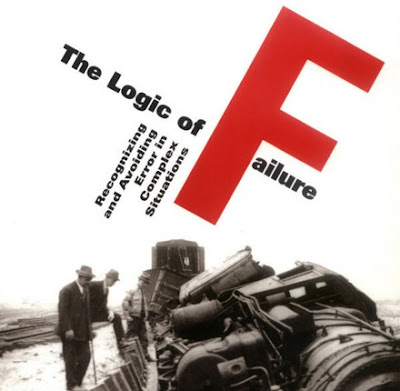 But what else would you expect from someone who moonlights as an analyst for the right wing, and uncritically "free market" oriented, American Enterprise Institute.