UNEMPLOYMENT ... HIGHER THAN YOU THINK

First, the unemployment rate doesn’t begin to tell us about the number of Americans who have simply left the labor force. Keep in mind that to be counted as unemployed you actually have to be looking for a job. If you're depressed and not looking for work you're not counted. Today there are well over 6 million people who have left the workforce since March 2001. Only those still looking for work (like the guys lined up looking for work with the IRS in the picture below) are counted in the 6.5% rate today. 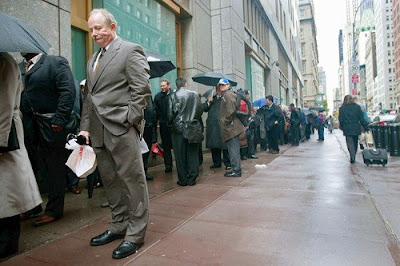 Further skewing the unemployment rate is the fact that America is chock full of “contingent” workers - temps, those who don’t expect their jobs to last more than a year, on-call workers, and independent contractors, among other categories. This group constitutes over 15% of America's labor force.

If we put the unemployed, the contigent employed, and the labor force "drop outs" together we're really looking at unemployment/underemployed rates that hover between a conservative 8 - 24% of our labor force. With rising consumer debt loads this is not good news. 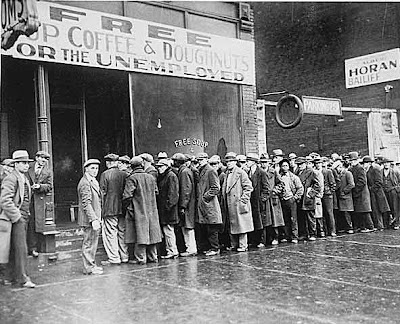 Absolutely no one - especially those in the republican party - should be surprised that Obama was handed a mandate by the American electorate.

Good look to those looking for work!