THE REAL TERROR THREAT IN AMERICA IS RIGHT UNDER OUR NOSE

The Southern Poverty Law Center (SPLC) is reporting that almost two-thirds of the terror attacks in the United States last year were carried out by right-wing extremists. This is in line with data from previous years.

Citing data put together by researchers at Quartz and the Global Terrorism Database, the SPLC explained that right-wing terror attacks were carried out with "racist, anti-Muslim, homophobic, ant-Semetic, anti-government, or xenophobic motivations."

The remaining attacks were driven either by left-wing or Islamic extremists. 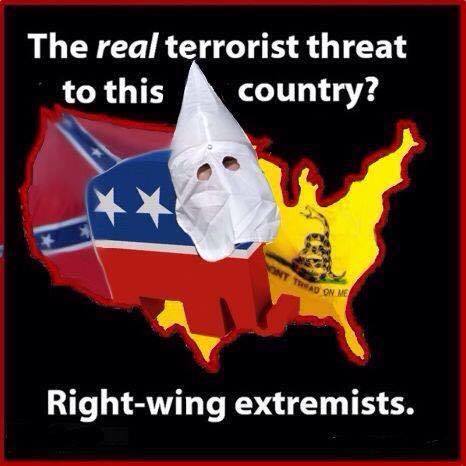 What this tells us is that unless Donald Trump plans on building a wall around the right-wing lunatic fringe in America, terror related attacks in America will not drop because of his border wall, or his border policies.