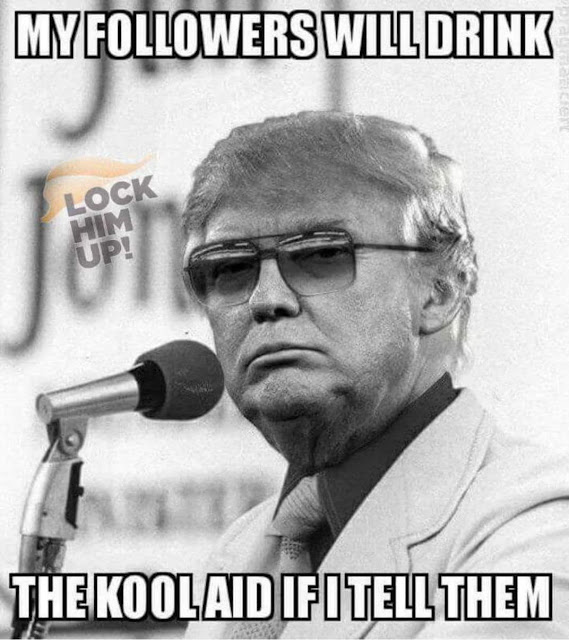 A majority of Donald Trump's supporters say they would still support Trump even if there is evidence that Russia meddled and illegally got him elected. What this tells us is that we're not dealing with a group of people who are part of a logical or coherent political party.

We're working with an opposition cult. They see a man in a cape. We see a grown man in a diaper.

Just like the crowd of "believers" below, Trump's supporters fall over themselves to believe in his fake powers because his bigotry, divisiveness, and rejection of evidence in the face of facts gives them political cover to become the ignorant and bigoted hate mongers they've always been. Trump is comfort food to their intellectual sloth and laziness.


And like the 'inspired' preacher's congregation above - who don't ask why the leader has the 'power' to push crowds down, but somehow doesn't have the power to cure cancer (or human stupidity) - Trump's followers actually believe he's making America stronger when, in fact, the global community sees him for the buffoon that he's become on the world stage.