From Reuters, more winning from the Trump administration ... 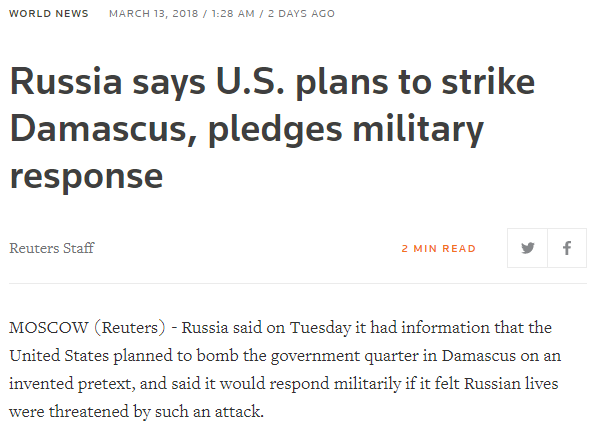 So, yeah, Russia is now threatening to attack the United State's military if Donald Trump orders or allows the U.S. military to strike Syria, again.

If you're keeping score at home, this means the U.S. during the Trump administration has been checkmated by China in the South China Sea, is on the outside looking in when it comes to trade agreements, is viewed with ridicule in Europe, and is now a paper tiger in Syria. Throw in the fact that our State Department is depleted and just saw the Secretary of State canned for calling Russia out for poisoning someone that's considered a threat to Putin in Britain, and we have a U.S. foreign policy environment that's entirely in disarray.