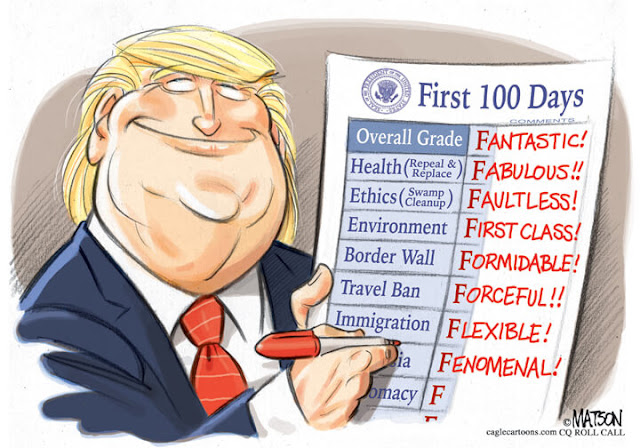 The NY Times is doing something they haven't done in the past. They are listing the very public and deliberate lies of a sitting U.S.President.

President Trump’s political rise was built on a lie (about Barack Obama's birthplace). His lack of truthfulness has also become central to the Russia investigation, with James Comey, the former director of the F.B.I., testifying under oath about Trump's “lies, plain and simple.”
There is simply no precedent for an American president to spend so much time telling untruths. Every president has shaded the truth or told occasional whoppers. No other president — of either party — has behaved as Trump is behaving. He is trying to create an atmosphere in which reality is irrelevant ...
... We are using the word “lie” deliberately. Not every falsehood is deliberate on Trump's part. But it would be the height of naïveté to imagine he is merely making honest mistakes. He is lying.

As you can imagine, the list is long. It also goes far beyond the occasional fib or misrepresentation (intentional or not) of facts that happens to every president, politician and, yes, even the rest of us. Put another way, the NY Times is listing lies that are so deliberate and natural that they have become like the air Donald Trump breathes. 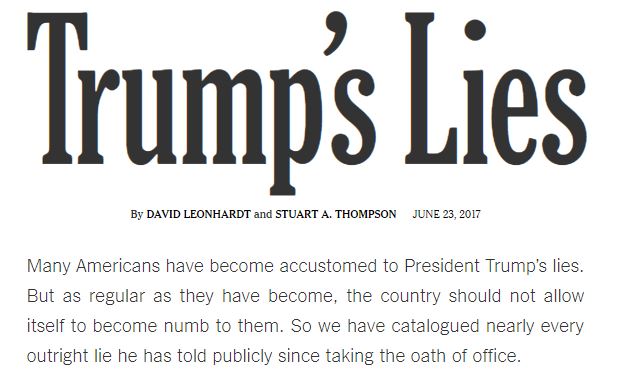 
If the list below is difficult to read, you can click here for the NY Times article, and an explanation of their methods for classifying Trump's lies.

Wow! That is breathtaking! SAD!