WHAT'S HAPPENED TO SCIENCE IN AMERICA? IN MANY WAYS, IT GOT MUGGED BY THE FREE MARKET

The role of science in America is often discussed by renowned astrophysicist Neil deGrasse Tyson. The clip featuring Neil deGrasse Tyson below just might be the most clarifying 3 minutes on the relationship between science and the American experience you will ever watch ...

After watching, if you're like most people of logic, you're probably asking, "What the hell happened to America? How in the world did we arrive at the point we're at today?" Ironically (or, not surprisingly), part of the answer can be attributed to the profit motive behind the free market. 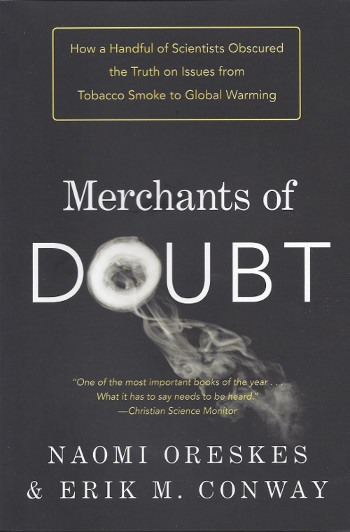 The story of how market players in specific industries turned the tables on science - so they could make more money at the expense of broader health and safety concerns - is told in the Merchants of Doubt. In the FYI category, this book has elevated the discussion level in several of my classes (which is why I will be using it again).

For those of you who are interested, the book has been turned into a film, which you can preview here. It's eye opening, to say the least.