CALM DOWN DEMOCRATS, IT'S STILL HILLARY ... AND YOU CAN THANK THE MARKET, THE QUANTS, AND THE POLITICAL GEEKS FOR THE STORYLINE 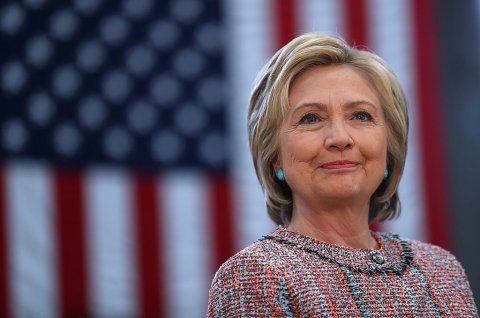 With FBI director James Comey's unprecedented, and irresponsible, releasing of news of unverified emails tied to Hillary Clinton, Americans think they are staring at an October Surprise of epoch proportions. The not entirely unexpected result is that many progressives, and Democrats in general, are worried more than ever about Hillary's prospects.

Correction. If the election were held today, even with Comey's mess, Hillary wins.

While I could do all the policy and political analysis necessary to make my case it's much easier to look at sites used by the markets, the quants, and the political geeks. I've used all of these in the past (there's actually a good story tied to this; another post for another day).

With that, here's what the markets, the quants, and the geeks are saying.

THE MARKET
These are the money betting sites, and they represent "the market."

There are a lot of these out there. The best one I've seen, Intrade, is no longer around. But there are others. Oddschecker has Hillary at 4/1 odds and Trump at 8/1 this morning. Other sites are saying pretty much the same thing.

So, according to the market, Hillary wins the election.

THE QUANT
Then we have the quants, which for many means Nate Silver's fivethirtyeight site.

As of this morning Hillary is given a 74.3% of winning the presidential election. Whether you like Nate Silver or not, he's got a pretty good track record here.

So, according to the quant guy, Hillary wins the election.

THE POLITICAL GEEK
Finally, we have the political science experts.

Larry Sabato is generally considered the #1 political science guru when it comes to presidential elections, so I'm sticking with him. While acknowledging that polls were narrowing before Comey's ugly mess, Larry Sabato still sees Hillary winning comfortably next week (which means you can ignore Nate Silver on this).

So, according to the political geek, Hillary wins the election.

At the end of the day, if there were a split between the market players, the quants, and the political geeks you might be correct in assuming Hillary might not pull this out. But there's no divergence.

There's one more thing. Once more information starts coming out about FBI director Comey's double standard - specifically, not releasing what the FBI and the intelligence community know about Russia's interference, especially with their courting of Trump - Hillary's lead should stabilize and/or even grow by the end of the weekend.

So, yeah, calm down Democrats. It's still Hillary.