THE PANAMA PAPERS STORY IS A BIG DEAL ... BUT SHOULD WE REALLY BE SURPRISED?

One of the biggest stories of the year - if not the biggest so far - was the release of the Panama Papers this past week. How the story came together is almost as interesting as what the story exposes.

As the German newspaper Süddeutsche Zeitung (SZ) reveals, over a year ago they were contacted by an anonymous source who wanted to share encrypted internal documents from Mossack Fonseca, a law firm in Panama. Mossack Fonseca (MF) specializes in creating sham corporations for the world's rich, powerful, and famous. MF exists to help this elite group, in effect, hide their money from both the tax man and prying eyes who might want to question how, say, a politician like Russian President Vladimir Putin can end up with a billions dollars in an offshore bank account while on a government salary.

Because of the treasure trove of information SZ decided that they would analyze the data with the International Consortium of Investigative Journalists (ICIJ). Working for over a year with 400 journalists from more than 100 media outlets in 80 countries, the virtual global newsroom met in Washington, Munich, Lillehammer, and London to map out their strategy. Covering over 11 million documents and nearly 40 years of data, the amount of information dwarfs anything uncovered previously. It's not even close. 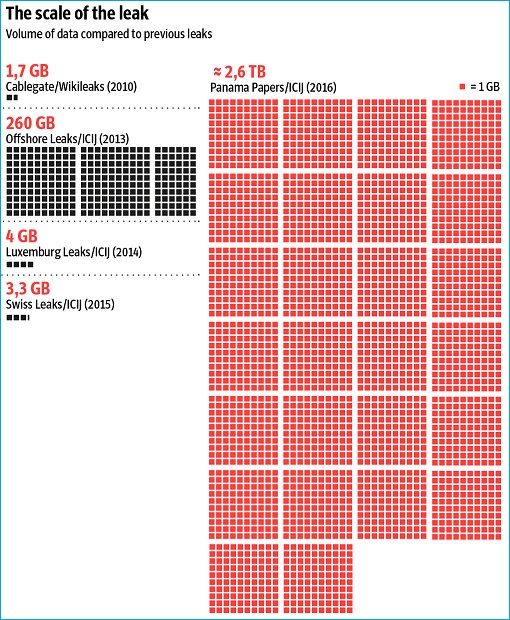 In fact, the leaks from Wikileaks, HSBC, the Luxembourg tax files, and the Offshore leaks combined don't come close the amount of information contained in the Panama files.

The real important issue here isn't whether the document leak is legal or illegal. What's being exposed - hiding money - will most likely be made legal (if it isn't already) by global elites once the dust settles. It isn't even the fact that shielding wealth for the world's economic and political elites from taxation is happening while they try to promote global trade pacts that promotes their interests even more (as they ignore the challenges faced by labor).

The real issue is how developments like this have been happening for years, and no one seems to care.

Keep in mind that John Perkins, author of Confessions of an Economic Hit Man, has been writing about a global "corporatocracy" that cheats countries out of trillions of dollars. According to Perkins this corporate group isn't so much part of a larger conspiracy as much as they endorse and promote common values and goals that only a privileged few benefit from over time. Their tools are loans and "highly paid professionals" who help rig elections, file fraudulent financial reports (see especially Goldman Sachs), and engage in "payoffs, extortion, sex, and murder."

Then we have global financial giants, especially in the United States, paying billions in fines for wrongdoing, which they don't have to admit to because of the terms of the agreement. What's worse is how they can then shield employees responsible for these acts from accountability because of these payoffs.

Here's the point when it comes to the Panama Papers story: None of this is new. There's nothing new under the sun.

In fact, the Panama Papers may pale in comparison to what's been attempted in the past (as we'll see in tomorrow's post).

The real story will be if any changes are actually made.