THE WORLD OF JOURNALISM HAS LOST AN ICON

One of the world's great journalists passed away last week ... 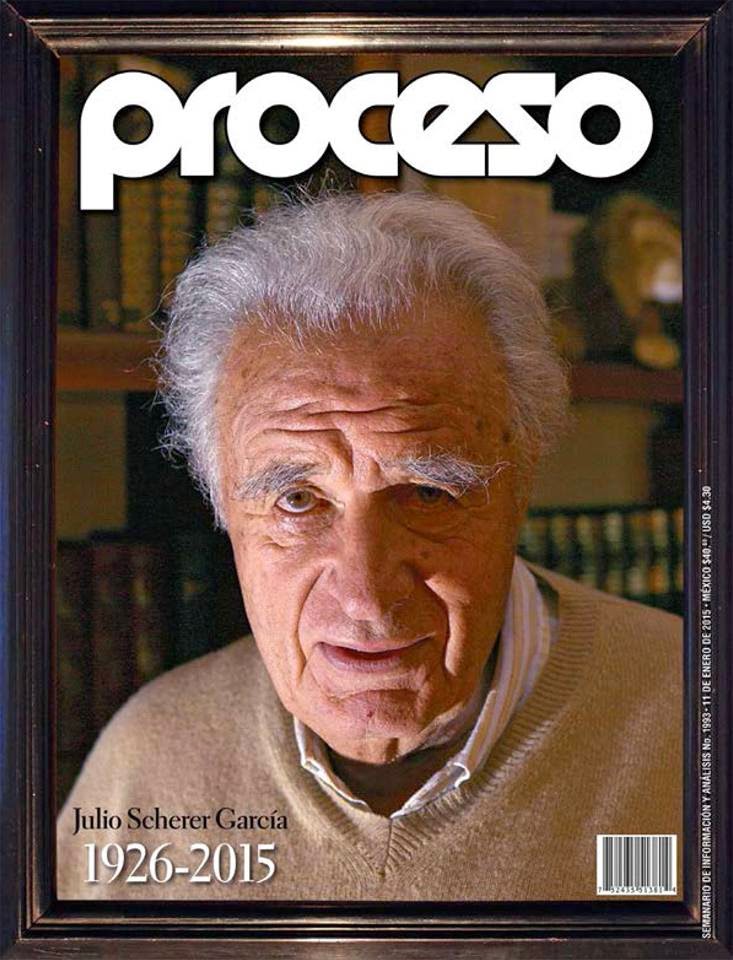 Julio Scherer Garcia was one of the most respected and widely read journalists in Mexico and Latin America. He inspired many investigative journalists to follow in his footsteps, and to pursue stories that unveiled criminality, injustice, and cronyism in Mexico (like the story in the book discussed here).

After being forced out of the newspaper that he worked for (Excelsior) in 1976 - by Mexican President Luis Echeverria - Scherer founded the investigative news magazine Proceso. It immediately became the standard in Mexico (and Latin America) for investigative journalism and helped, in the words of the NY Times, "lay the groundwork for Mexico's democratic transition."

During his journalistic career Scherer would interview John F. Kennedy, Fidel Castro, and Pablo Picasso, among others. His prestige was such that he was invited by the Zapatista rebels in 1994 to mediate their discussions with the government. Scherer declined, citing his ethics as a journalist.

Scherer's reputation would also land him an interview in 2010 with Sinaloa's Ismael "El Mayo" Zambada, one of the top drug lords in Mexico. The respect Zambada had for Scherer was such that he let it be known that he always wanted to meet him; a sentiment the picture below seems to capture. 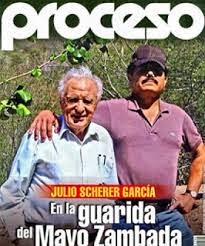 After he was criticized for the Zambada interview Scherer replied, "If the Devil offers me an interview, I go to hell."

Towards the end of his life Julio Scherer refused interviews and requests by his colleagues who wanted to write his autobiography, saying that his body of work should speak for itself.

For my part, while living in Mexico, I read Proceso religiously. I was surprised (and honored) when I got a call from one Proceso's reporters, who was doing a story on some of the developments I had written about in my Ph.D dissertation.