So, after using the Trump Plaza to weasel his way out of contracts and obligations during his companies' four bankruptcies - while paying himself millions in the process - Donald Trump has finally given up on Trump Plaza, for now. 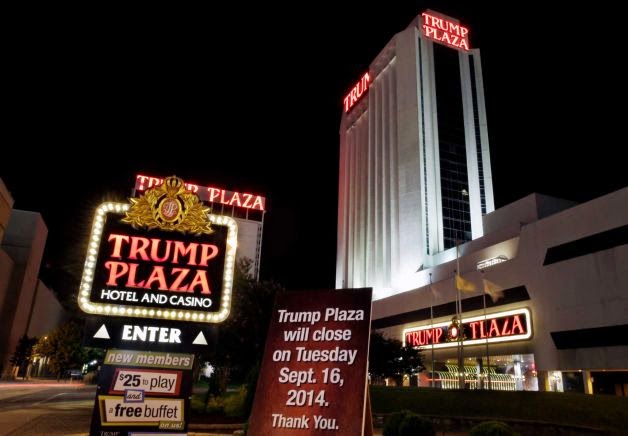 If you read the story behind Donald Trump and the four bankruptcies (1991, 1992, 2004, and 2009) that surround his business "empire" it's easy to see that both a Ponzi scheme mentality and wealth extraction are now at the heart of his deals.

In effect, Donald Trump has been upping the ante with borrowed money every time his companies run into financial trouble, and then paying himself more in the process. But this is nothing new for corporate America over the past 30 years, which is a problem that should concern us all.

Thirty years ago on its opening day in 1984, Donald Trump stood in a dark topcoat on the casino floor at Atlantic City’s Trump Plaza, celebrating his new investment. Today, as the casino folded, and some 1,000 employees lost their jobs, Trump was on twitter clarifying he currently has “nothing to do with Atlantic City,” and praising himself for his “great timing” in getting out of the investment.

In America, people with lots of money can easily avoid the consequences of bad bets and big losses by cashing out at the first sign of trouble, because the law protects them through limited liability and bankruptcy. But workers who move to a place like Atlantic City for a job, invest in a home there, and build their skills, have no such protection. Jobs vanish, skills are suddenly irrelevant, and home values plummet. Should Donald Trump and other big investors have some legal responsibility to workers and communities for the messes they leave behind?


Borrowing more to make bigger market bets, and then hiding behind corporate and legal walls as you pay yourself big bucks at the same time your firms declare bankruptcy is not my idea of market capitalism. And it's all built around a legal platform that the laws of our country allow, and encourage.

I've said it before, and I'll say it again: Favorable legislation, deregulation, and artificially cheap money are eating the spirit out of America.

If you would like to know how that legal platform was erected go to: