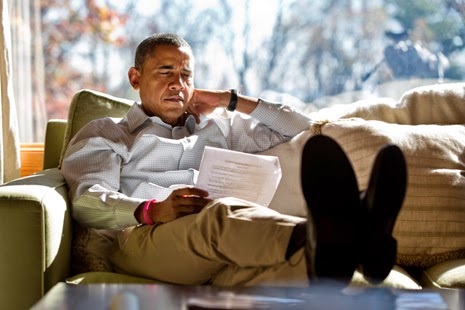 The federal government is suing Sprint for overcharging law enforcement $21 million for expenses it incurred for investigative wiretaps (Reuters).

California is the only oil producing state in the nation that does not have an oil severance tax (applied when it comes out of the ground). This article explains why it's time to change this (Capitol Weekly).

President George H.W. Bush's Secretary of Health and Human Services says that Obamacare resembles the plan crafted by him and other Republicans in the early 1990s (Center for Public Integrity).

Nuts and bolts behind the next market collapse: the market players have gotten bigger, their bets have gotten bolder (CLO's?), and there's no real punishment (Alternet).

The golden hammer fallacy of neoliberalism (Another Angry Voice).


CHRISTIAN RIGHT HAS SOME 'SPLAININ TO DO ...
Oops ... Bible thumping Hobby Lobby's 401(k) invested in numerous abortion and contraception products while claiming religious objection to contraception for women (Mother Jones).

What the hell is wrong with these people? Christian school bans tomboy for "direction she's heading" (ABC News).

Do you need to believe in God to live a moral life? Not really. Atheists make up .07% of the prison population (Alternet).


CORPORATIONS HOARDING CASH
U.S. corporations are hoarding $1.5 trillion in cash? It's not what you think (Daily Finance).

The most honest and heartbreaking reason to leave your front door unlocked (Upworthy).

If you thought the "bridge-to-nowhere" was bad check this out (Bankrupting America).