WHEN IT COMES TO EXECUTIVE ORDERS AND SIGNING STATEMENTS BARACK OBAMA IS NO GEORGE W. BUSH 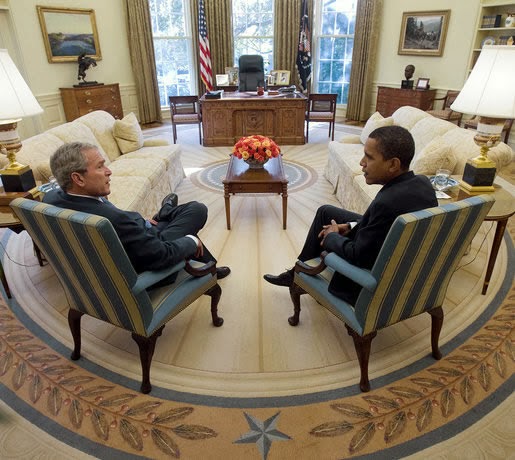 So the Republicans are shocked ... shocked ... to learn that President Obama is going to use an Executive Order to raise the minimum wage of employees who work for federal contractors to $10.10 per hour. After President Obama's State of the Union speech the Republicans even started whining that the president was a "socialist dictator" who was imposing "tyranny" in America for daring to use such a tactic.

Pretty harsh words. That is until we take a look at the the average number of Executive Orders issued by each president since FDR.

Drawing on information from The American Presidency Project - located at my alma mater UC Santa Barbara - we see that President Obama doesn't come close to issuing the number of Executive Orders that President George W. Bush and his predecessor have done ... 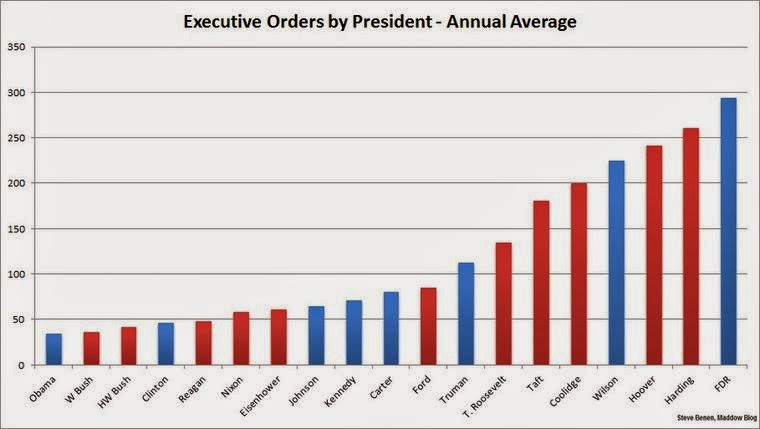 When it comes to signing statements issued - which are general comments, or specific declarations that the president intends to ignore or support provisions of a bill - the data is clear: President Obama (25) can't hold a candle to the number of times President George W. Bush (161) said he wasn't interested in enforcing specific parts of legislation.

Here's another point to remember.

Record filibusters, record stalled judicial nominees, and no GOP-led accomplishments in the House are all evidence that the GOP has kept their promise to sabotage the president (and our nation).

At the end of the day, if the Republicans weren't concerned about an Imperial Presidency or an American dictatorship when President Bush was in office - who actually started a war on a pack of lies - they have no cause to criticize President Obama.

You will love what Jon Stewart has to add on the subject: