If you enjoyed my explanation of how markets were formed in "War & Markets ..." - and it appears that many of you did (thank you) - you're going to love this FB post from former Secretary of Labor Robert Reich.

His discussion of our modern "free market" system, which is posted below, nails it. Specifically, he makes it clear that our understanding free markets is seriously flawed ...

One of the most insidiously deceptive ideas is that the "free market" is natural and inevitable, existing outside and beyond government -- so whatever inequality or insecurity it generates is beyond our control. By this view, if some people aren't paid enough to live on, the market has determined they aren't worth enough. If others rake in billions, they must be worth it. If millions of Americans remain unemployed or their paychecks are shrinking or they work two or three part-time jobs with no idea what they'll earn next month or next week, that's too bad; it's just the outcome of the market. According to this logic, government shouldn't intrude on the free market -- through minimum wages, high taxes on top earners, public spending to get people back to work, regulations on business, or anything else -- because the "free market" knows best and government always messes things up.

In reality, the "free market" is a bunch of rules about:


(1) what can be owned and traded (the genome? slaves? nuclear materials? babies? votes?); (2) on what terms (equal access to the internet? the right to organize unions? corporate monopolies? the length of patent protection? ); (3) under what conditions (poisonous drugs? unsafe foods? deceptive Ponzi schemes? uninsured derivatives?) (4) what's private and what's public (police? roads? clean air and clean water? health care? good schools? parks and playgrounds?); and (5) how to pay for what (taxes, user fees, individual pricing?).

In other words, markets don't exist in a state of nature; they're human creations. [my italics/bold]. Governments don't intrude on free markets; governments organize and maintain markets. Markets aren't "free" of rules; the rules define them. The rules can be designed to maximize efficiency (given the current distribution of resources), or growth (depending on what we're willing to sacrifice to obtain that growth), or fairness (depending on our ideas about a decent society). They can even be designed to entrench and enhance the wealth of a few at the top, and keep almost everyone else comparatively poor and economically insecure.

If our democracy was working as it should, elected representatives, agency heads, and courts would be making the rules roughly according to what most of us want the rules to be. Instead, the rules are being made mainly by those with the power and resources to buy the politicians, regulatory heads, and even the courts (and the lawyers who appear before them). Not incidentally, these are the same people who want you and most others to believe in the fiction of an immutable "free market."

Which is all to say: If we want to reduce the savage inequalities and insecurities that are now undermining our economy and democracy, we have the right to do so. But we must exert the power that is supposed to be ours.

So, yeah, there is no homo economicus, and you don't get rich on your own. 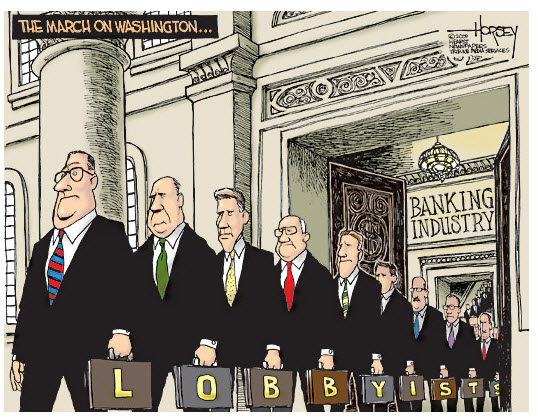 FYI: Reich will be on The Daily Show with Jon Stewart tonight.