THIS IS WHY ECONOMISTS GET A BAD NAME

Have you ever wondered why President Harry S Truman once demanded a one-armed economist? It's pretty simple. After receiving diverse reports on economic policy proposals from several economists a frustrated President Truman blurted out, "All my economists say, 'On the one hand ... but on the other hand ...'".

President Truman's frustration in understandable. He wanted certainty from a field that likes to claim scientific status but operates in an arena governed by political uncertainty and human error.

To better understand President Truman's frustration requires that you think what it would be like if, say, geologists were still arguing over whether the world is flat or round. What would you do with competing advice from one geologist who says "Go ahead and send the navy around the world" but then have to consider equally the geologist who warns about "not sending them because you'll lose the fleet when they fall off the earth"?

I know, I know. The comparison is a bit exaggerated, but you get the point. The conundrum that Truman faced was never more evident than when two economists (Gunnar Myrdal and Friedrich Hayek) won the Nobel prize in economics in the same year for saying the exact opposite thing! 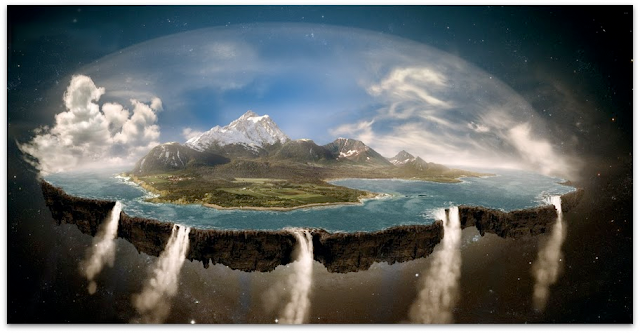 Anyways, below we have an example of the work economists often put together but can lead to misleading assumptions and, unfortunately, faulty policy prescriptions. I say "misleading" because after reading the Bank of England's discussion paper "Is the 'Great Recession' really so different from the past?" one could justifiably be left to ponder whether "on the one hand the economy's not so bad" when "on the other hand" we all know better.

And, yes, the discussion paper was put together by two economists.

This is a problem because, at the end of the day, you can't pretend that two recessions are comparable when the underlying causes and subsequent responses are completely different (the fact that the outcomes of the second recession are not played out is a problem too). It's akin to comparing the life achievements of two kids who might look the same but live in different neighborhoods and have different parents (you know, kind of like the nonsense Harvard economist N. Gregory Mankiw tried to argue here).

Not only is the exercise a distraction, but it makes you look clueless to what's happening. In this case, the Bank of England discussion paper could lead one to believe that our 2008-inspired recession isn't as bad as we think when, at the end of the day, there's a world of difference between the recession of the 1970s and what we're experiencing today.


The causes behind the 2008 market meltdown and subsequent recession ...

1. Reckless deregulation
2. Reckless tax cuts and deficit spending
3. Deregulation means financialization on steroids, which leads to ...
4. A greater emphasis on wealth extraction over wealth creation
5. A continuing and naive belief in the integrity of markets, which helps explain the political failure of Congress and the Federal Reserve to discipline and correct market stupidity.


Causes behind the stagnating economy today ...


1. Ben Bernanke's trillion dollar money dumps hoarded by the banks, which means ...
2. The Savings-Investment function collapses.
3. The Just Say No Congress goes on a repeal Obamacare and regulate women's body binge, but does nothing with alternative energy or on the jobs front (which, combined with hoarding and a collapsed S-I function, makes it appear Keynesian policies don't work).
4. The financialization of the economy accelerates, which emphasizes - as Joseph Schumpeter might argue - playing monopoly rather than building monopolies.


Pretending that the recession of the 1970s and post-2008 period are similar, while ignoring their causes, only feeds the tendency to make faulty policy prescriptions. It also places an emphasis on the economic over the political.

So, yeah, trying to compare the 1970s recession with the recession today is a bad idea. They are two different beasts.