POST-4TH OF JULY ... WRAPPED IN THE FLAG 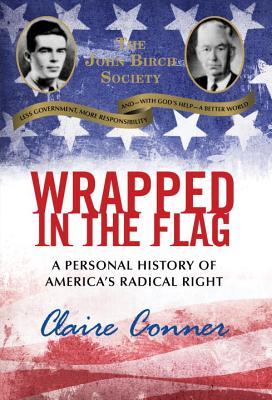 If you want a better understanding of the history behind the radical right wing and our modern Republican Party Claire Connor's "Wrapped in the Flag" is a good place to start. It documents how the radical ideas of the John Birch Society have become part of the mainstream right. For those of you who don't know much about the Birchers keep in mind that they vehemently opposed the Civil Rights movement, called President Eisenhower and Martin Luther King, Jr. "communists" and have no problem placing property rights over individual rights (especially when race is involved).

Here's what Robin Blinn has to say about Claire Connor and her book:

Claire's father served on the first national board of the John Birch Society along with Fred Koch, father of the oppressive billionaire brothers, Charles and David Koch. As a young teen, Claire joined the Birchers, so she knows where all of the bodies are buried. Her personal story was forged in the crucible that gave birth to the radical Tea Party which threatens the core of our democracy. Accordingly, it's important for all of us to understand their roots.


At the end of the day, many of the ideas behind today's radicalized right wing Republican Party are essentially a rewrite of the John Birch Society. Go to Claire's site here or purchase a copy of "Wrapped in the Flag" here to learn more.