BANKS GET THE GOLD MINE, STUDENTS GET THE SHAFT

What's wrong with this picture?

To help Wall Street and the banks survive after they set fire to our financial system in 2008 the Federal Reserve and the federal government effectively handed over $4 trillion to help stabilize the economy. After receiving $3 trillion from the Federal Reserve, and over a trillion dollars from the U.S. taxpayer, the financial sector is now hoarding about 85% of what they were given (actually, lent or traded).

Oh, and the banks get to borrow money from the Federal Reserve at .75%.

College graduates paying student loans cumulatively owe about $1.2 trillion. After the market collapse many find themselves in serious financial trouble. Those who find themselves in financial trouble are told to stand on their own two feet, and to pay back their loans (which cannot be discharged in bankruptcy hearings, or absorbed by the government under assorted "toxic asset" programs available to Wall Street). Making matters worse, after the 2008 market collapse student loan debt is the only category of consumer debt that has increased since the market collapse.

Oh, and our GOP-led Congress just allowed interest rates on student loan debt to increase from 3.4% to 6.8%.

The rationale behind all of this is that our GOP-led Congress wants the income derived from the interest payments that students pay ($51 billion in 2013) to continue. You know, so we can pay down our multi-trillion dollar national debt that the stupidity of the banks helped make worse.

So, yeah, after the market collapse of 2008 the banks got the gold mine, while our nation's college students got the shaft. 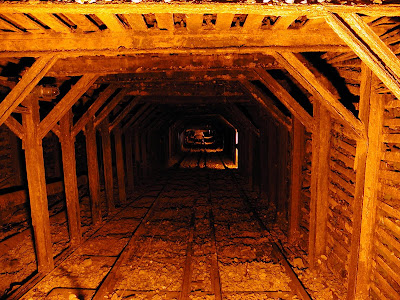 I just read yesterday that McCain and Warren are trying to reinstate the Glass-Steagall law and Mr. Dimon is doing everything to stop it and is likely to succeed.

Care to enlighten us on the details of the Glass-Steagall Law?