Did you know that the Obama Administration has a secret plan to confiscate guns? It does if you believe the information coming out of the National Rifle Association (NRA). After "obtaining" a Department of Justice memo - "Summary of Select Firearm Violence Prevention Strategies" - the NRA claimed that the memo called "for national gun registration and confiscation."

The NRA's finding appeared in the Redflag blog like this ... 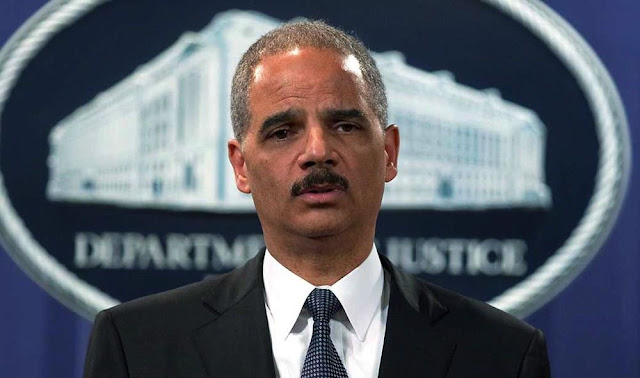 What the NRA is trying to do is get gun enthusiasts riled up over President Obama "secret plan" to confiscate guns (which is kind of a surprise since President Clinton was supposed to have confiscated them all years ago). It's the kind of paranoid driven nonsense that Dale Gribble ("King of the Hill") would buy into.

In fact I first came across the Obama Administrations secret plan to confiscate guns on a friends Facebook site. Several paranoid comments about President Obama being "a liar" and coming to "your house to take your kids" followed. The real problem though is that no one bothered to read the actual memo.

After reading the actual DOJ memo, and checking out the source of the secret plan, I jumped in to set the record straight:

The memo doesn't actually say this. It's what the NRA claims the memo says. Even the decidedly right wing Washington Times' opening paragraph on the NRA ad makes this clear ... "The National Rifle Association is using a Justice Department memo it obtained to argue in ads that the Obama administration believes its gun control plans won’t work unless the government seizes firearms and requires national gun registration — ideas the White House has not proposed and does not support."


The response to my post was classic. I was told that just because the President hasn't actually proposed it doesn't mean it won't happen. Why? Because someone or something ...

prompted it's writing ... It did not just occur without some prompting. It appears that someone asked "how do we take away peoples guns", 2nd Amendment Rights. Why would they ask this question if it was not something they wanted to do. I know there are no real answers just questions. If one adds this to everything else that is going on......... President did not support same sex marriage at one time either but he "evolved." Maybe he is "evolving" into gun control?


In a few words, this person is arguing that because the President changed his tune on same sex marriage we can't trust him on anything, so the NRA ad must be true. Huh? Forget the false equivalency here. Forget that the President always supported civil unions (in various forms). The fact of the matter is the President's coming to take your guns because these people want to believe it.

How do you argue with this? Actually, you can't.

The real concern here is that the NRA is now making stuff up. And the people who the lies are directed at don't care.

This is the state of politics in America.