HAPPY DAYS AREN'T HERE AGAIN (and why they're not)

And, just like that, demand is increased and people are put back to work. Economic recovery here we come. Happy days are here again. 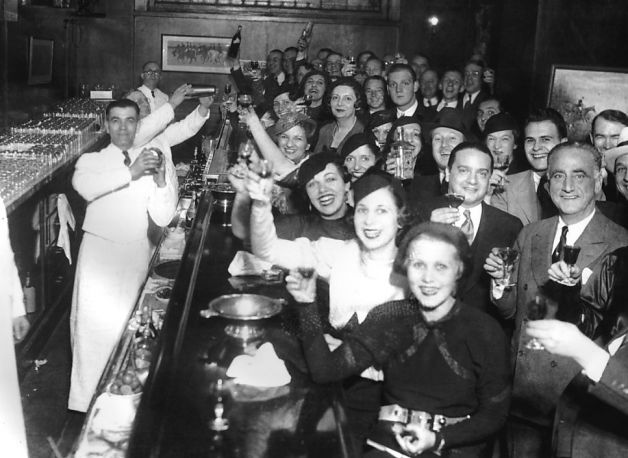 But, wait. A funny thing happened on the way to the market recovery (as it were).

According Tyler Durden over at Zero Hedge, the entire U.S. financial system is now sitting on $2 trillion more than they have in loans. As an example, Wells Fargo has far more money on hand ($176.5 billion more) than it has loans outstanding.

Without getting into the difference between deposits and reserves, these dynamics helps us understand why - according to the Federal Reserve - U.S. banks have over $1.45 trillion in "excess reserves" today (1-20-13). In real simple terms what this means is that banks aren't lending money like all of our economic models tell us they should. Don't believe me? Think about all the time and hoops you or your friends have had to jump through to apply for a loan, just to get denied.

So, just what are banks doing with the money? They're buying U.S. Treasury bonds and profitting from the interest you and I pay them (through our taxes). They now hold over $1.86 trillion in U.S. bonds today (represented by several categories in the middle row below; 2012 data here, updates here). 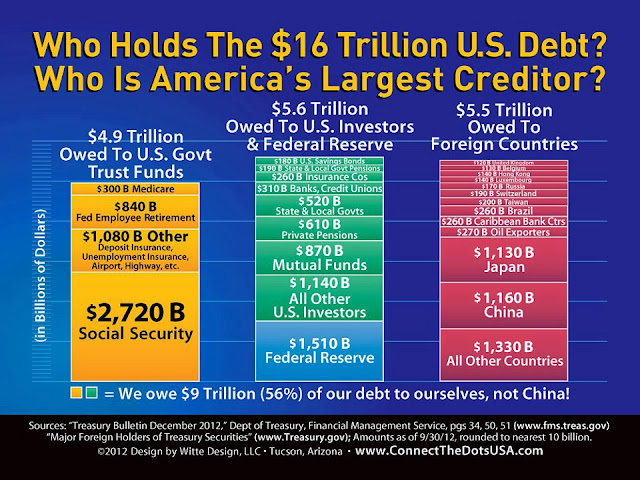 The key point here is that banks are using the money they get from the Federal Reserve to "earn" billions in interest payments. Interest payments on $1.86 trillion should generate between $3-4 billion, and are used to underwrite earnings, backstop trillion dollar derivative bets, and allows executives to pay out big bonuses ... because banks are, you know, "doing just fine" now.

In a few words, traditional bank earnings based on deposits and loans - which are supposed to grease our economic wheels - have taken a back seat to banks making a living by sucking off of the Federal Reserve's cheap money loan programs. It is a bailout in perpetuity, by other means.

As I've pointed out many times before this should really come as no surprise to anyone. Our free market system is a farce, and has been for some time now. Dependence on cheap money dumps (via loans) from the Federal Reserve is how the U.S. financial system has worked since 2008 (for a detailed read on the topic check this out).

The worst part of this is that while the banks are using their cheap Federal Reserve money to create the appearance of financial health and to backstop their derivative gambles - which venture capitalist Bill Frezza does a good job explaining here - the rest of America is forced to foot the bill. 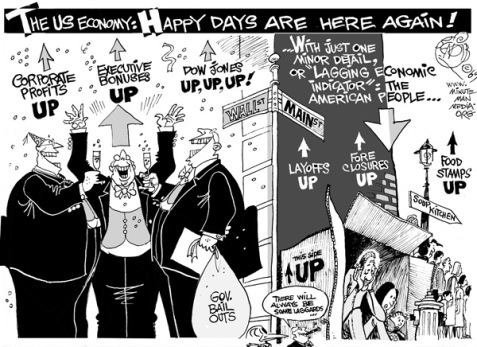 To be sure, we have seen some improvements in the economy. Trillion dollar money dumps will produce some positive spin-offs. But reduced confidence, record foreclosures, job insecurity, and a political system that's tethered to an economic model based on myth and the illusion of prosperity should be no cause for celebration.

UPDATE: This post from Zero Hedge really drives home the point(s) made above. Specifically, the Federal Reserve has intervened in the market more than 1200 days since November 2008 (the first QE I), a whopping 81% of the time. The only months that the Federal Reserve hasn't intervened are the only months that the market has taken a dive. Incredible.
Posted by Mark A. Martinez at 10:06 AM

Dr. Martinez, have you watched Too Big To Fail?