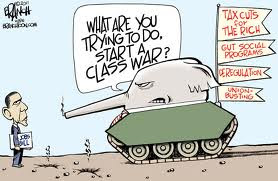 Let's assume that the nation's richest 1 percent saw their total wealth drop from $126 million in 2007 to $77 million in 2010. That's a collapse of about 40 percent. What would the nation's political, financial, and media elites do? This is a question that James Carville raises at CNN.

Carville reflects on the Federal Reserve's report this week that the bottom 99 percent of America saw their total net wealth drop by almost 40 percent after the 2008 market meltdown (from $126,000 to $77,000). Then Carville ponders what would have happened if the same story was told about the wealth of our nation's richest one percent. What if they lost 40 percent of their total wealth?

But we already know what would have happened. We don't even have to ask. Consider the following.

Wall Street's 2008 collapse and the threat that it would drag down capital markets compelled America's financial elites to get their political Oompa Loompas in Congress to act. They wrote up legislation that would dump more than $1.5 trillion into Wall Street and the economy. Both the Bush and Obama administrations signed off on this (TARP/Stimulus).

Then the Federal Reserve started "printing" trillions of dollars while Wall Street got the Treasury Department to start covering their ridiculous market bets with a myriad of government sponsored bailout programs (see also this, this and this). 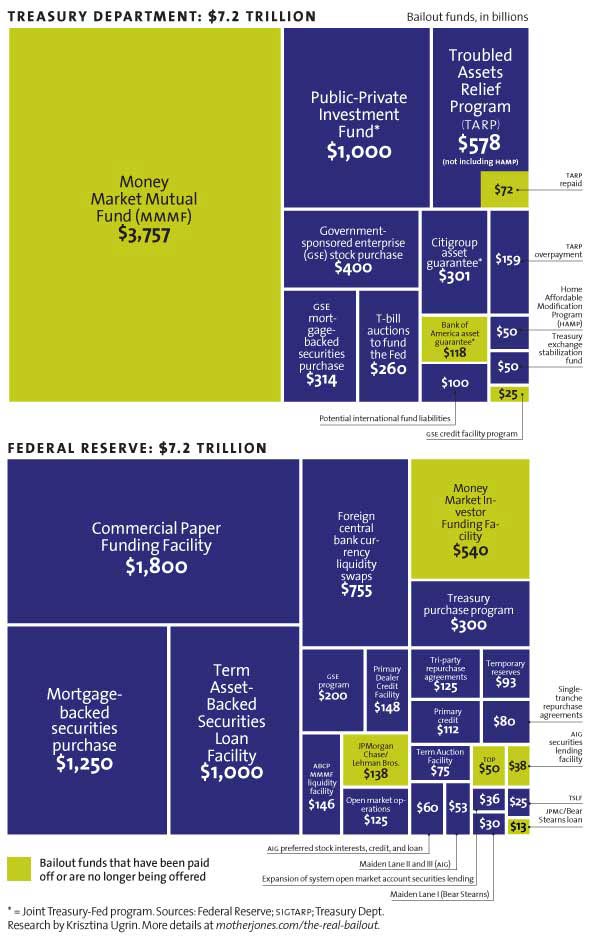 So, no, we don't even have to ask what would have happened if America's financial elites lost 40  percent of their wealth. Just the threat of a prolonged market collapse compelled Congress and our government's financial institutions to initiate a monster trillion dollar rescue on behalf of our nation's moneyed elite.

But here's the real point over looked by just about everyone. At the same time that the bottom 99 percent saw 40 percent of their wealth nest(s) disappear the top 1 percent actually saw their wealth and incomes increase through 2010-11.

This is critical because we all know that if the nation's richest class lost 40 percent of their wealth - while the bottom 99 percent actually saw their wealth increase - the process would immediately be tagged as some kind of apocalyptic Robin Hood syndrome.

But since it happened the other way around it's best that we, well, quit casting blame and look to the future. 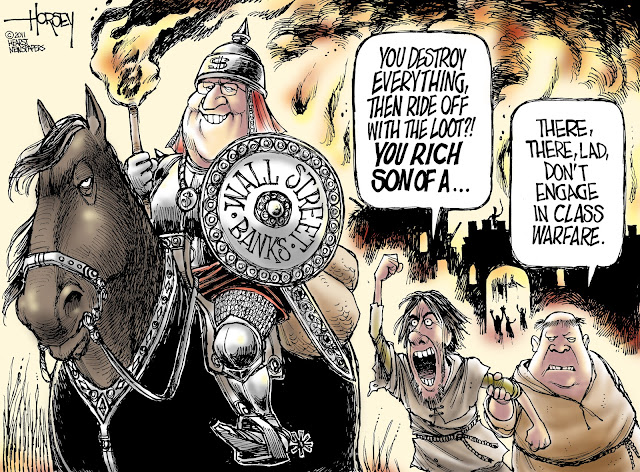 As multi-billionaire and the Oracle of Omaha Warren Buffet put it: “There’s class warfare, all right ... but it’s my class, the rich class, that’s making war, and we’re winning.” 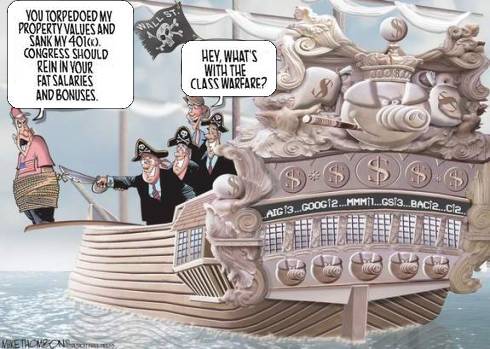 Fan the embers of revolution. The class war waged against the masses of common folks can not be won with anything less than Revolutionary War Two.

The Student Revolutionary Strike Force urges all freedom-loving folks to become aware of the many evils the few elites and their cronies are committing against We, the People.