What happens when you fail to address the problems that caused our 2008 market collapse but bend over backwards to make sure financial institutions do well? You wipe out two decades of wealth accumulation, that's what happens.

While much of the disappeared wealth is due to collapsed home values, stagnating wages for Main Street and super payouts for Wall Street have a big hand in what's happening in America. 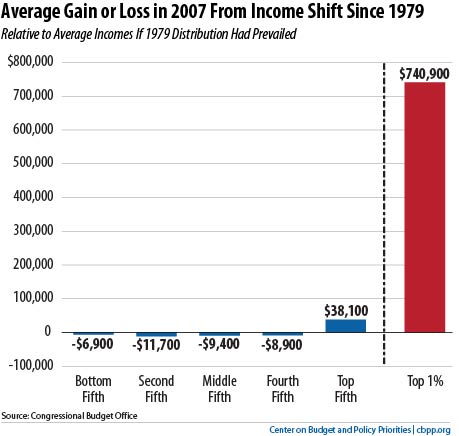