THE GOP'S STOOGE-LIKE CULTURE OF DECEPTION

Over a year ago I wrote an op-ed piece describing what Republicans believed were the causes behind the 2008 market collapse. I wrote how the GOP members of the Financial Crisis Inquiry Commission (FCIC) issued a "primer" that deliberately left out the words "Wall Street," "deregulation," "shadow banking," and "interconnection."

I then asked "can you imagine getting handed a welfare fraud case then deciding not to use the words 'welfare' or 'fraud' during the investigation"? This kind of thinking is a blueprint for disaster ... 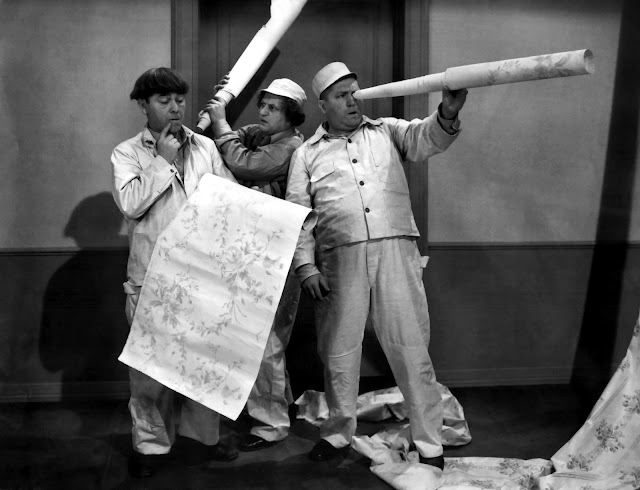 What we learned from the GOP sponsored report is that republican FCIC commission members - which included Bakersfield's own Bill Thomas - are more interested in establishing a political narrative than finding the truth. Their report went out of its way to blame the government for the reckless gambling and greed pursued by private investors and Wall Street.

Simply put, the Republican report on the 2008 market collapse was a stooge-like hack job that was deliberately designed to mislead and confuse the public.

And the GOP members of the FCIC were more than happy to drive America into it's little cul-de-sac of ignorance. 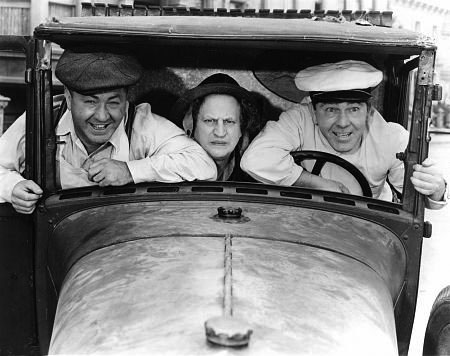 Well, brace yourselves. We have it's functional equivalent; only this time it deals with the health care legislation passed by the Obama administration. And it involves another GOP attempt to deliberately confuse the issue.

In this case a Mr. Charles Blahous was appointed to serve as one of the Republican trustees of the Medicare and Social Security programs. As a board member of Medicare Mr. Blahous recently issued a report that said President Obama's health care program would cost more money than the CBO originally estimated. His report was published through the Mercatus Center (yes, another conservative Koch-funded center). Blahous claimed:


President Obama’s landmark health-care initiative, long touted as a means to control costs, will actually add more than $340 billion to the nation’s budget.

Blahous achieves his smoke & mirrors report by using a simple accounting trick. Without getting into the details (it's quite confusing) the logic is akin to you leaving a job that pays $25,000 a year to go to college, then having your neighbor ignore the new better paying job you have lined up to say, "Look at how much money you lost out on by going to school ... going to college actually cost your money. You're a loser for throwing all that money away."

Yeah, the story is a bit more complicated, but the logic is really that silly.

But it doesn't matter. Blahous' report made the papers, which included the Washington Post. Mission accomplished. Time for a toast ... 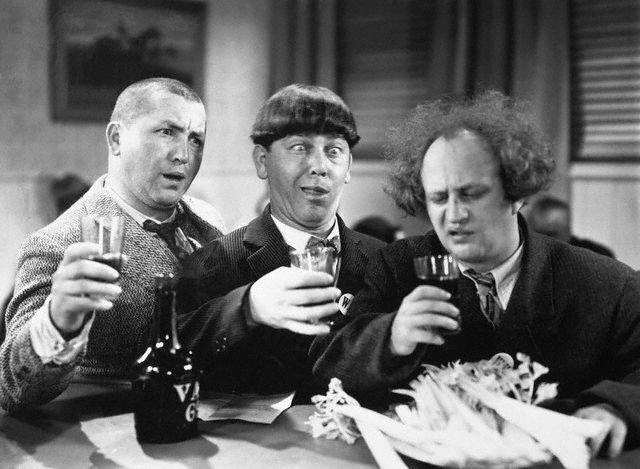 At the end of the day, we all need to recognize that many policymakers on the right have had serious trouble with math, the truth, simple facts, understanding budgets, and even following the law. It's almost as if the laws of logic and math don't apply in their universe.

Then again, what do you expect from a political party that actually produced a budget with no numbers ...

UPDATE: I received a comment on the health care claims of the Obama administration. In a few words, the commentator cites a conservative blog to make the claim that the Obama administration is double-counting. This explains why their savings projections over the long haul look so strong. Ergo, everyone deceives, including Obama. Two wrongs make a right (wrong?), so nobody wins. Yay. Obama lies.

However, there's a problem. The double counting argument is an old one and has been debunked on numerous occastions.

Perhaps the best way to explain how the math is done, and why someone might think they can make a double counting charge is that they don't understand that "when a baseball player hits a home run: it adds to his team's score and also improves his batting average. Neither situation involves double-counting."

Put another way, there's no sea legs to the double counting whale of a story used by the GOP and conservative pundits. It only has a shelf life because conservative blogs, the far right noise machine, and the GOP need ammo - true or false - to make sure President Obama is a failure and liar in the eyes of their audience and constituents.

Anyways, I'm not publishing the comment from the writer because the guy who wrote is actually a nice guy, and friend from another life. But here's my response to him.


... I could post your comments, but it has several problems. First, the CBO report you cite is from a 2009 conservative blog post. It's primary message says that a CBO memo, which is cited by the Chamber of Commerce, does not buy into President Obama's accounting methods. If you go to the link [on the blog you cite] the Chamber post is no longer available. Not good. But this isn't the real issue. One of the problems with relying on these blogs is that they don't tell you that what you're stating about the accounting is not - and has not been - unusual. Dems and Republicans have used these accounting methods for years, which the CBO has signed off on, and confirms. If you had a CBO report saying otherwise this would make a difference. Instead, you cite a blog that cites another blog, which no longer has the link to the 2009 Chamber of Commerce post (and link) it cites. If you want me to post your comments anyways, I'll do so.

Experts and patriots are enraged:

The crazies secretly maneuvered more wealth into their pockets

In the last year, than they did in the last 185 years!

No living soul can spend that much money in a lifetime…

And when people sits on money,

And that’s how it all begins:

What’s coming in the next 6 months or less

Will give a new definition to the infamous “economic crisis”

Are you prepared to be broke…

Or can you turn the game around: