When it comes to Iran it looks like we're reaching back to the past (again) ...

As the debate over Iran heats up - and on the day same day that President Obama is to meet with Israeli Prime Minister Benjamin Netanyahua - a full-page ad opposing intervention at this point was published in the Washington Post. It features former senior U.S. military and intelligence officials who argue that military action against Iran is "not only unnecessary" but "dangerous." One time chief of staff to former Secretary of State Colin Powell, Colonel Lawrence Wilkerson, is among the signers. 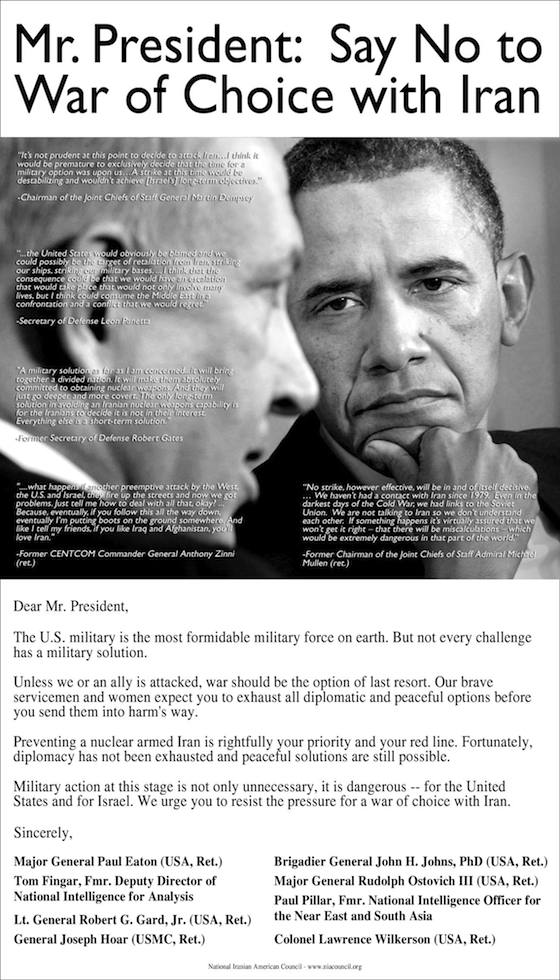 The ad was sponsored by the National Iranian American Council, and signed by the following former officials: