WHEN THE "BROMANCE" GOES WRONG …

I just finished reading Terry Phillips' comments about the CEO of our local paper, Richard Beene. Last week Mr. Beene, through one of his sources, accused Phillips of “dishonoring our flag” during a Rotary talk … back in 2008. 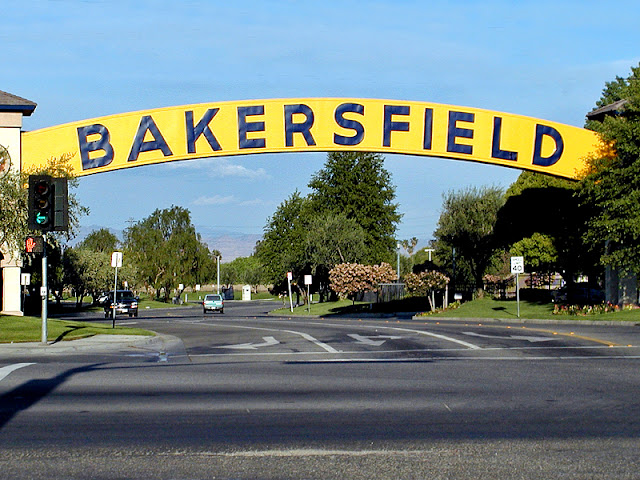 It turns out that as part of a talk that Terry Phillips gave to Bakersfield's Downtown Rotary Club in 2008 Phillips “illustrated the use of political protest with respectful silence during the Pledge of Allegiance,” and then discussed the issue with his audience. As Phillips notes in his article, not only was the point “clear to most in the audience” but his “presentation received enthusiastic applause and many congratulatory comments afterward.”

The point on free speech and protest was lost on Richard Beene if you were to read his Jan. 25 “Bakersfield Observed,” or if you read his very Republican leaning Bakersfield Gossip Blog.

Now, you might wonder why the CEO of the Bakersfield Californian (i.e. Beene) would want to dig up a 2008 talk in 2012. This is where it gets interesting.

It turns out that Phillips has made it clear that he wants to run for Congress. Beene - as anyone who reads his gossip column will note - has a pretty serious Man Crush on our local congressional representative, Kevin McCarthy. It’s as serious a Bromance between two pillars in a community as I’ve seen. So it should come as no surprise that Beene would dig up Phillips’ 2008 Rotary talk. He’s got Kevin’s back, so digging up the story provided Rep. McCarthy with the ammo he needed to, as Phillips points out, to repeat “the lie on a local radio program.”

A shot across the bow, of sorts, from the Majority Whip and #3 Man in Congress. Nice.

So, just who is Terry Phillips, and why would Kevin take the time to go after him on a local radio program? For a number of years Terry Phillips hosted “Quality of Life” on Valley Public Radio in California’s San Joaquin Valley. Phillips earned his journalistic stripes as a CBS correspondent in Moscow in the 1980s, and knows a few things about covering political tyrants, and journalistic integrity … which brings us back to Richard Beene.

Some time ago, I got into an e-mail exchange with some of Bakersfield’s local politicos. Nothing much. But it made its way to the front pages of the Bakersfield Californian [which is why I always to try to spell check and use good punctuation when I e-mail ;-) ].

For some reason Beene decided to wade into the “mudpit” (his term) that made the front page of his paper. But, truth be told, he didn’t wade into anything. He decided to throw darts from his own little cesspool (i.e. his Gossip Blog). You can check out his comments here. In a few words, Beene labeled the exchange “sophomoric.”

Good for him. Judging from some of the stuff that’s on his blog, I’ll defer to his expertise here.

But what really caught my eye was his derogatorily toned reference to me being an “articulate far lefty” who enjoys “wrapping himself in the activist skin of ‘la raza’.” I remember reading this and thinking to myself, “Huh”?

Then I remember thinking, what an idiot.

Ever since I moved here to Bakersfield I’ve written numerous (perhaps 40?) op-ed articles for the Bakersfield Californian, almost all of them dealing with issues tied to international relations, political economy, and elections. No Pancho Villa here. You would think – as CEO of the Californian – Beene would know this.

Moreover, almost all of the courses I’ve taught at CSUB have also been tied to international relations, comparative government, and American Politics. I still haven’t taught Latino Politics or courses tied to Chicano Politics (though I’ve been asked numerous times). Still, for Richard “I-See-What-I-Want” Beene, I’m the second coming of the Cisco Kid in America. 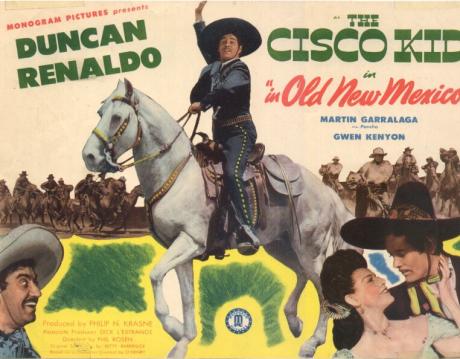 Later, to counter balance the conservative media environment here in Bakersfield, I started my own radio program. It was all in English too. But in Beene’s eyes this only made me “self-important” (or is that "uppity"?).

I provide this history because by bringing up Terry Phillips’ 2008 talk in front of Bakersfield's Downtown Rotary Club Beene reveals that, as CEO of Bakersfield’s only real print newspaper, he really doesn’t care about shooting straight. He has no problem peddling gossip, innuendo, and distortions that make it appear that he’s tapped into Bakersfield when, in fact, he’s helping his friends and protecting the world he knows.

The murky details surrounding the dismissal of the Bakersfield Californian's Leonel Martinez (under the guise of budget cuts) is one of the best examples of Beene not being tapped into what the community needs. Simply put, Leonel Martinez (no relation) has one of the keenest voices on Latino issues in Kern County. His words help explain a culture and lifestyle that many in Bakersfield are still struggling to understand. Still, after being let go, the Californian - or their affiliate publication - hasn't found it necessary to invite Leonel back as a free lance writer, though he (and I) was told this would be the case (oh no, I’m wrapping myself in my activist skin again … damn, I guess Beene knows his ‘mehicanos’).

Long story short? CEO Beene needs to review how he presents issues, and should start putting some distance between himself and Kevin (he's not Judith Miller). Seriously, running interference for a member of Congress when you're supposed to be setting a tone of impartiality is nothing to brag about.

It’s one thing to have a Man Crush. But it’s an entirely different thing to let the whole world see it.

I have to admit reading Beene's column is a guilty pleasure, if only to see his ignorance on display.

Case in point: In early January he added a section to his little blog called "Did You Know?" He leads off with something along the lines of "Did you know author John Steinbeck visited Bakersfield around the time he was writing 'Grapes of Wrath?'"

Uh, yeah, I knew that. So does just about everyone over the age of 16 who lives here. Had you bothered to read the book, you might recall a pivotal section involving the Joads staying at a Federal camp called "Weedpatch." Ring any bells???

That entry spawned several suggestions from friends who hold Dick in the same high regard I do. Things like "Did you know a singer named Buck Owens was from Bakersfield and once hosted a TV show apparently called Hee-Haw?" And "Did you know a racer named Kevin Harvick once raced in Bakersfield?"

Ever since Beene's taken the reins at TBC, the paper has descended into a shopper. A couple of years after he took over, one of my friends who is also no longer working there commented it would just be a matter of time before you saw ads appear on A-1. I believe that prophecy has since been fulfilled.

It seems Mr. Beene's (that name just makes me laugh) pot shots at your character are just that - at best. Maybe worst case this could be better described as the endless ramblings of a mindless lunatic.
I once heard that freedom of the press only works if you have one. Mr. Beene does have one. It doesn't look like his comments were printed in the editorial section. That said, it seems, as you point out, that he no longer is able to be impartial in reporting news.
At that, I am giving him no more of my time, and just have this to say - consider the source!