FINANCING FAILURE ... A STORY HALF TOLD

One of the joys I get from writing about the relationship between markets and politics is reviewing books that set out to deliberately elevate the virtures of the market while demonizing the state. Financing Failure: A Century of Bailouts is one of those books.

On the surface, one might be inclined to follow the argument made by the author, Vern McKinley. It's pretty simple, and it makes sense. In a few words he argues that government intervention creates a crutch, which doesn't allow poorly run institutions to fail. End of story. This would be a strong narrative - especially since it's true - were it not for one thing. It's only half of the story.

What McKinley ignores is how financial institutions and other market players have consistently overplayed their hands and then go running to Washington for cover when things blow up (he also ignores how it's the role of the state to protect everyone's interests, and not to simply allow market players to run wild, which even Adam Smith understood ... but this is another story for another day). Things really took off after the Great Depression, when FDR figured out that wild economic swings and periodic market collapse were no way to run a nation. Dangerous ideas, and even more dangerous movements often followed. 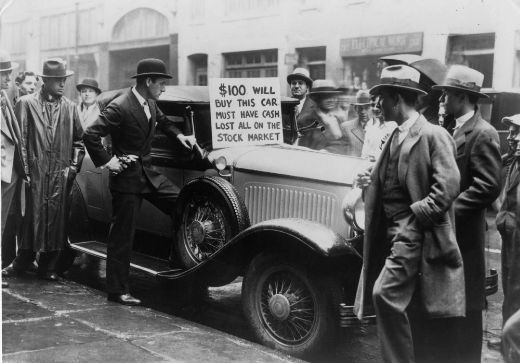 In part because of the growth of our regulatory infrastructure after the Great Depression, industry lobbyists have been yapping in Washington's ear ever since.

Year after year, decade after decade, their goal is the same. To find someone to grant a waiver or to write favorable legislation that will either protect them (or their industry), subsidize them, or bail them out. It's even better when they can get market sycophants appointed to head government agencies, where they will dutifully ignore or reinterpret mandates. McKinley either downplays or ignores these dynamics because, in his eyes, market players are virtuous and rational while state sponsored agencies are irrational. For McKinley, government agencies are created - and exist - for no other reason than to antagonize rational market players who do the right thing and rarely over reach.

Is this an exaggeration on my part? Perhaps (it is my blog after all). But the message that McKinley sends follows this logic.

To be sure, I want to make it clear that McKinley is spot on when he argues that the federal government (especially congress) often manages things by the seat of their pants during crisis. It's not a fun thing to watch. The most recent market collapse in 2008 is evidence of this. But McKinley ignores how virtually everything that was done to save the system after 2008 was done at the request of the nation's biggest financial institutions and other market players who had a financial stake in the system. But this is where McKinley's argument falls flat (and lies at the core of what McKinley downplays or ignores). 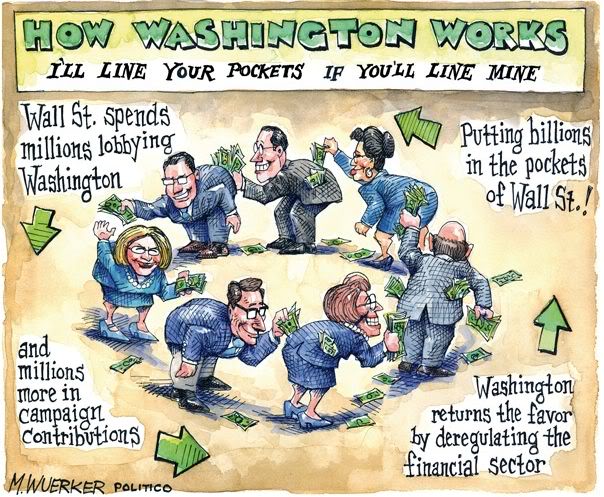 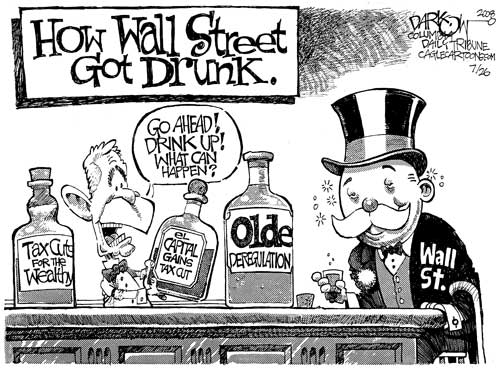 It has often been said that the definition of chutzpah is a child asking the judge for leniency after he kills his parents because he's an orphan. Wall Street's chutzpah is conceptually similar to this. McKinley ignores how this logic applies to Wall Street. And it shows.

Too bad. McKinley's primary argument - government interventions creates a crutch - is a good one. It's just incomplete.