In December I wrote how the republicans want to absolve Wall Street and their congressional brethren's reckless deregulation policies from blame for the 2007-2008 market collapse. One of the tactics for doing so is to place blame on "the government" while deliberately failing to mention either "Wall Street" or "deregulation" in their reports on the market collapse. 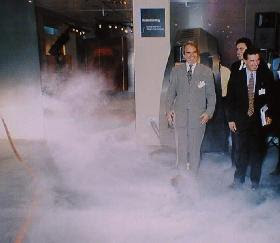 In fact, I called their recently released report, which attempts to to exonerate Wall Street and deregulation, a joke. As a follow-up, I wrote an op-ed piece explaining what the GOP has done. It appeared in the Bakersfield Californian earlier today, which you can find here.

You have the wrong party!

The Smoke and Mirrors is and shall always be part of Wasteington Debit Capital... It is not a gender item, it is what ALL Presidents and ALL of what Congress does to all of us.

If there is a problem, part of it is your fault, for only pointing in one direction...

China Causes The USD To Fall?

I don’t know you have heard this yet…

But the USD Dollar is on the verge of collapse.

USD national debt is at an all time high and now financial experts are saying that China is starting to sell their debt holdings to the secondary market.

This means it won’t be too long until the USD crumbles in value!

I don’t want to be the bringer of bad news, but this is seriously not good for the US since we already have domestic problems of our own, such as immigration and unemployment.

Our economy can not withstand another hit.

Make sure you watch it before it’s taken offline.