SCARE THE BEJESUS OUT OF WHITE AMERICA ... THE GOP'S SOUTHERN STRATEGY, 2.0

Salon.com's Glenn Greenwald has an interesting article detailing how the economic insecurities caused by the market meltdown have been supercharged by racial and ethnic tensions stirred up by the far right. This isn't the first time this has happened. 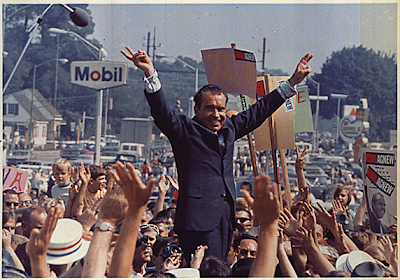 For those of you not old enough to remember, Richard Nixon's 1968 presidential campaign targeted Southern whites by getting them to think about the political and social mayhem (cultural upheaval) that would follow because of the new found rights women and people of color were going to exercise. Scaring the bejesus out of white America, especially in the south, became know as the republican's Southern strategy.

Today's GOP strategy is very similar, but new and improved. Let's call it Southern Strategy, 2.0. Here's how it works according to Greenwald ...

... Virtually every Fox News/right-wing-talk-radio controversy relies on scaring economically anxious white Americans into ignoring the prime cause of their economic insecurity -- plundering by Wall Street bankers, abetted by the government they own -- and focusing instead on some manufactured menace from powerless racial and ethnic minorities:

* Muslims who want to conquer their country and celebrate over their Christian corpses (the Triumphalist Ground Zero Mosque);

* Invading, marauding Latino armies coming to steal their property and rape their women while their Marxist allies in Government (led by a black Muslim President) disarm the white victims.

* Matt Taibbi, in lamenting the takeover of the GOP by the most riled-up of these factions -- the Tea Partiers -- recounts just some of the lowlights here.

At the end of the day scaring white America about the coming boogeyman - when the real boogeyman is right in front of us - is an old political tactic. But the real crime this time is that it didn't have to happen this time. More specifically, what's happening today is a direct result of the Obama administration's decision to embrace and save Wall Street precisely at a time when America's rage over Wall Street's greed and incompetence was genuine, and demanded action. Glenn Greenwald reminds us ...

... That crisis presented a huge opportunity for Obama and the Democrats to bring about real change in Washington -- the central promise of his campaign -- by capitalizing on (and becoming the voice of) populist anger and using it to wrestle away control from Wall Street and other financial and corporate elites who control Washington. Had they done so, they would have been champions of populist rage rather than its prime targets. But, as John Judis argues in his excellent New Republic piece, they completely squandered that opportunity. Rather than emphatically stand up to the bankers and other oligarchical thieves, they coddled and served them, and thus became the face of the elite interests oppressing ordinary Americans rather than their foes. How can an administration represented by Tim Geithner and Larry Summers -- and which specializes in an endless stream of secret deals with corporate lobbyists and sustains itself with Wall Street funding -- possibly maintain any pretense of populist support or changing how Washington works? It can't.

By giving Wall Street what they wanted (and more) on a silver platter - while doing little to avenge the economic slap in the face to America's middle class - the Obama administration created the environment for it's base to become discontent, and for the political opposition to get riled up. We shouldn't be surprised that Fox News, Rush Limbaugh, and Glenn Beck have donned hi-tech hoods and are running around like demented characters is a South Park segment. 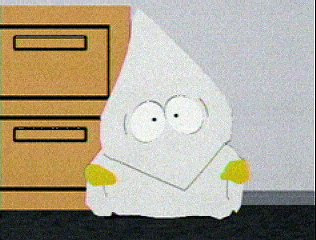 They were handed an opportunity, and they took it.

America wanted blood after 2008. Instead Wall Street got richer, while Main Street got poorer - and then got stuck with the tab. No reckoning. No justice. No vengeance. It's really that simple.