MORAL JUSTIFICATION OF CAPITALISM IN PERIL?

It seems to me that it's only a matter of time before U.S. Treasury Secretary will have to explain his role in helping our nation's largest financial institutions hide their incompetence. The American taxpayer is now sucking on trillions of dollars in "assets" - much of it toxic - courtesy of Tim Geithner's decisions to allow Wall Street to transfer bad bets onto the backs of the U.S. taxpayer.

His decisions, first as head of the New York Federal Reserve, and now as Treasury Secretary, not only misallocates resources, but they undermine what helped to make America. More specifically, Tim Geithner will eventually be seen as one of the architects behind the slow but steady collapse of the moral justification of capitalism in America.

The moral justification of capitalism, as I noted in my book, rests on one single promise: If you work hard you can get ahead. With the American economy being turned into one giant casino this simple maxim is slowly disappearing. 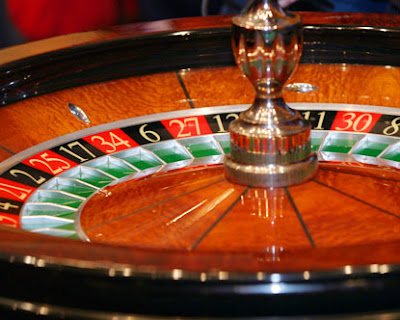 With market fraud rewarded on Wall Street, and hard work kicked in the teeth by a government bent on transferring wealth to Wall Street, there's little doubt that Tim Geithner will eventually have to face the music for his role in enabling Wall Street's stupidity and incompetence. With general market fraud on the rise too, Geithner will become a convenient scapegoat after the next market setback. 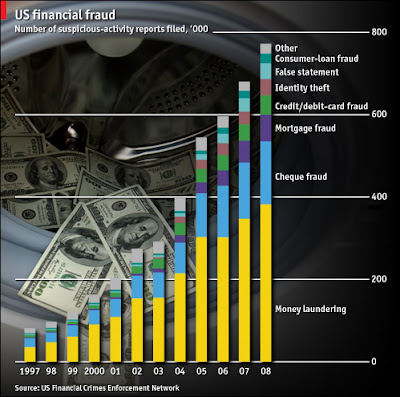 Indeed, this piece from nakedcapitalism.com's L. Randall Wray makes it clear that questions are once again being raised about Tim Geithner's role in helping Lehman Brothers hide debt as they slid into insolvency. And Geithner can only hide behind "I-was-on-my-way-out-of-the-NY-Federal-Reserve-so-I-didn't-really-know-what-was-going-on" argument for so long. As former head of the New York Federal Reserve he has been an integral part of the institutions that's been giving bailout primers to our nation's financial mandarins since well before the September 2008 market collapse.

Worse, as Michael Lewis has been arguing during his book tour, Wall Street's been able to delude itself about what it actually does "because it’s paid to delude itself." Geithner's inability to rein in (or even call for reining in) Wall Street's excesses means he's going to have to explain why he's effectively been aiding and abetting a sector that no longer creates wealth, but extracts it.

With the moral justification of capitalism on the ropes, you can bet it won't be pretty.

UPDATE: Eliot Spitzer and Bill Black make it clear in this piece today that the NY Fed under Tim Geithner knew about Lehman Bros. accounting fraud. More importantly, they did nothing to inform others, and did not compel Lehman 'Bros. to share their smoke & mirrors accounting scheme.
Posted by Mark A. Martinez at 12:48 AM