Have you ever wondered how manipulating the money supply helped bring on last year’s economic meltdown? Probably not. Simply put, using the money supply to explain what happened last years just isn’t that interesting. It's kind of like when you play Monopoly. No one counts all the money in the Monopoly bank (every game comes with $20,580). It just doesn’t seem that important.

I'll try and change that here.

THE MONOPOLY CONCEPT (understanding our parasitic sociopaths)
Continuing with our Monopoly game concept it appears to me that as long as everyone gets their $1,500 to start the game most of us don't think twice about the money supply in our Monopoly game.

But we begin to think about the "money supply" when, over time, money gets lost from the game, or when someone cheats and takes money out of the bank. If money is lost over time most families will either buy another game, or order more money. Problems emerge, however, when someone starts cheating, or manipulating the money supply deliberately.

When cheating happens the game is ruined on many levels. For example, if the theft is on a grand scale eventually the bank won’t have enough money to pay out $200 to everyone who passes GO. Or the bank won't be able to pay out when someone needs a loan and wants to mortgage their property. In most game situations – especially among friends - the culprit is usually caught and receives a scolding, pounding, or dogpile.

All are richly deserved. 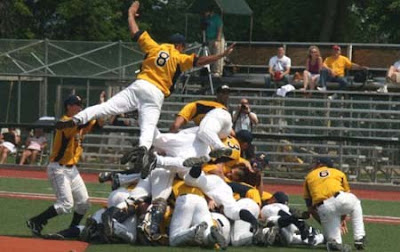 Our lives after the 2008 meltdown would be so much simpler if we operated by the Monopoly Standard. Simply put, the morons who caused our financial collapse were moving money to their side when no one was looking. They cheated. By making claims on money they didn't earn they manipulated the money supply. But instead of 'fessing up and suffering the consequences of their actions (like becoming unemployed, foregoing bonuses, reduced wages, etc.) our parasitic sociopaths essentially said, "I'm keeping my money for the next game." With the bailout we essentially said, "OK."

In a Monopoly game among friends and family a dogpile might be sufficient to teach these people a lesson. But we're not talking about cheating in a game among friends or family. Cheating and manipulating claims on our money supply happened in the real world. Our world. The idiots on Wall Street should have gotten pounded, but good.


So how did our Wall Street players cheat and manipulate claims on our money supply? According to economist - and frequent guest on my (still on hiatus) radio show - Mark Thoma there were three developments that helped inflate the money supply. These developments, along with regulatory lapses, contributed to the great bubble and crash of 2008. Using Professor Thoma's arguments I'll try and make our money games as Monopoly-friendly as possible.

SHOW ME THE MONEY (so I can loot and steal it ...)
First, the regulators at the Federal Reserve adopted an easy money policy. If we're talking Monopoly, essentially we allowed every player to start with $3,000 instead of $1,500. Then we said when you Pass GO you'll get $400 instead of $200. In the real world, the Federal Reserve's low interest rate policies essentially did the same thing. This created new flows and new claims on money which added cash to our financial system.

Second, since we always knew that we had older Monopoly games lying around the house we knew that we could always draw money from those games if we ever ran out of money. In the real world, this was the equivalent of knowing that we had our oil producing friends (OPEC) and Asia (particularly China) available to provide us with a never-ending line of credit. So we borrowed recklessly.

Finally, we allowed players to mortgage their properties for more money than they were worth. The bigger the property (like Boardwalk and Park Place), the bigger the mortgage (loan). Then we allowed the borrowers to make bets on which players would pay off their mortgages. We went from a "work hard and get ahead" system to a “what’s mine is mine” Casino Economy. Conceptually this is what Professor Thoma is talking about when he wrote about generating more cash "endogenously within the system." We borrowed and bet our way to wealth and thought it was all real (actually, we've made it real with taxpayer backed bailouts).

Easy money, a generous line of credit, and a debt-based casino economy is what we ended up with. No wonder the market players played along. There was virtually no limit to what they could claim.

For most of us, playing Monopoly like this is neither challenging, nor fun. We all understand why. Similarly, most of us understand that these practices, in the real world, do not represent capitalism. It's government-escorted market socialism. It transfers wealth from one group (you and me) to another (Wall Street).

Now for the fun part.

OUR JACKED UP MONEY SUPPLY
In Monopoly we know that someone is going to get rich. The game gets challenging when someone ends up with 3 to 4 times what everyone else has. It stops becoming fun when the wealth gaps get bigger, or when everyone goes broke.

This all began to change in the 1990s, and really blew off the chart when President Bush came to office. Specifically, swamped by increasing debt loads and new claims on money by Wall Street (again, M-3) we see that by 2006 Wall Street's financiers increased the gap between what Main Street held and what Wall Street had (or claimed) by a factor of 7.5!

The Bush administration stopped publishing M-3 figures in 2006. They argued (rather lamely, I might add) that it was a cost saving measure (I discuss all of this in my book, at the beginning of Chp. 12).

Still, we know that claims on the money supply by Wall Street grew. This is how.

What this all means is that, if we use our Monopoly example from above, Wall Street essentially cheated the system by borrowing, betting, and then manipulating their way to new wealth. Depending on easy money, deregulation, and a generous line of credit Wall Street ended up turning our nation's economy into debt-laced gambling den.

That we’re allowing them to pay each other off with government backed guarantees is a travesty, and an insult to the American taxpayer.