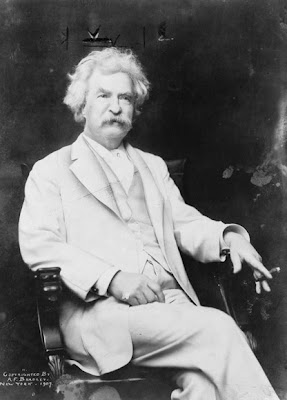 Andrew Carnegie: "You may not like it Mark, but you have to admit this is a Christian country."

Mark Twain: "I know it Andrew, but so is Hell."

FAITH, SCIENCE, AND SOCIETY, I
It should come as no surprise that those who believe we are fundamentally a Christian nation also believe in Intelligent Design – the notion that the world is so complex only the hand of God can explain its creation. The problem is they also believe Creationism should be placed next to Evolution as a core educational program.

While Evolution vs. Creationism appears to be a good debate for some it is hardly an appropriate one in our schools.

You see, it is one thing to believe that God created the world and nature’s laws, but it’s quite another to say that this explains how the world evolved and how it works. Religion may help explain why things happen for some (“God willed it”) but it doesn’t explain, nor does it help us understand, how the world works.

John Berry, author of The Great Influenza (a book I recommend), explains that ultimately the question of “why” is too deep for science. So science is left attempting to explain “what” and “how” things have happened in our world. This distinction has enabled humanity to study and solve some of the greatest challenges that have literally “plagued” our world. 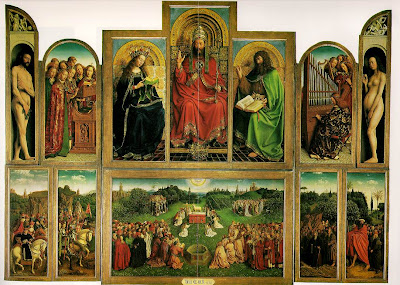 FAITH, SCIENCE, AND SOCIETY, II
As products of the Enlightenment we’ve spent the better part of 500 years trying to eliminate uncertainty, focusing on what we can know, and finding new methods for studying our physical world. In the process, most scientists who have sought answers to questions about the natural world have left the deeper question of "why" to their personal lives.

And with good reason.

If we allowed our spiritual and religious beliefs to explain how the world works, and left it at that, we would still be treating the sick and infirm with leeches (which does work in some cases). We would also be burning witches, and might still be considering the implications our our "flat" world. Investigation and inquisitiveness - which the Church frowned upon - changed all of this.

This is important to understand if you are a Christian because the Bible makes it clear that seeking knowledge and understanding is critical for understanding God.

Specifically, Proverbs 3:3 tell us to “Trust in the Lord with all your heart,” but “lean not on your own understanding.” Put another way, you're entitled to your own opinion, but not your own facts." Similarly, Proverbs 1:5 explains that a “wise man will hear and increase learning, and a man of understanding will attain wise counsel.” This sounds awfully like that old adage "perception is not reality."

All of this is extremely important to understand because it tells us that, while it may be OK to believe that the world is the center of the universe (it's not), we should not be content with what we know. We should continue to ask questions and explore "how" our world works.

As I read the Bible, the search for knowledge - rather than blind acceptance of teachings - is an indication that you are not only inquisitive but that you fear ignorance and things that are greater than you. More importantly, if you fear ignorance enough to pursue new knowledge - as opposed to indulging gossip - you are in God’s good graces (Proverbs 1:7). 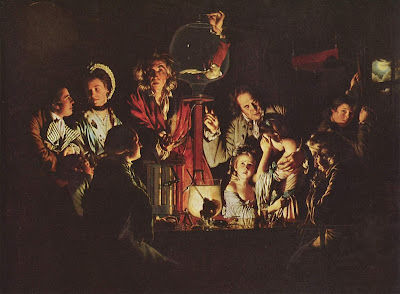 FAITH, SCIENCE, AND SOCIETY, III
To be sure, 500 years ago we might have debated why God made the earth flat – because that was the extent of our knowledge then – but the fact that someone was willing to look beyond their “own understanding” of the world probably made God happy (Proverbs 1:7).

The result of hundreds of years of investigating our world is that we now treat the sick with procedures and medicines unimaginable hundreds of years ago. An added benefit is that, with the exception of a handful of believers, we’ve stopped blaming the Almighty for every major catastrophe that befalls us. And, we’ve stopped burning witches too. This didn’t happen because we deepened our faith or prayed harder.

Today Christians might tell us that surviving cancer, and its many treatments, were “God’s will.” But the reality is investigation and the scientific method have made "God’s" hand stronger. Similarly, Christians and other people of faith might say that having quintuplets is “a gift from God.” But I’m sure it helped that science made fertilization treatments available.

Which brings us back to the question of Intelligent Design.

Intelligent Design seeks to provide explanation through faith: “It’s God’s will.” While spiritually affirming, this approach is both simplistic (Proverbs 1:22) and, in America, defies the intellectual and scientific history that has made this country what it is today.

Belief in God and studying the Bible may provide certainty and deepen faith, but understanding how to make our physical world a better place requires that we study what we don’t understand.

The reasons why God created a virus that can wipe out entire civilizations may never be understood. But I think He intended that we develop the capacity to understand “what” is happening and “how” we can work to stop the virus from contaminating entire civilizations.