THIS IS YOUR BRAIN ON CRACK ...

I've been watching with amusement as one Republican after another steps forward to oppose any kind of bailout for Detroit's auto makers. Their argument is a simple one: "They made bad products and bad decisions ... let them go under."

Let me make this clear. These guys are idiots.

Here's a short list of bailouts that Republicans in Congress supported during Ronald Reagan's "free market" revolution and beyond:

* The Discount Window intervention to save floundering banks in the late 1980s.

* Market support after the October 1987 crash.

* Intervention to save the Bank of New England and Citibank.


… and the list goes on. In virtually every case we were told by the Chicken Little's in the financial world that the bailouts and subsidies were necessary or else "prosperity in our time" would be endangered ... and markets would collapse. Oops.

In the more immediate period, taxpayer bailouts started with financial aid to Bear Stearns, Countrywide Financial, Fannie Mae and Freddie Mac, and A.I.G. In all cases, it's clear that after 1981 the nation's financial sector has not been bound by traditional notions of market discipline (which republicans now crow about when referencing Detroit's automakers). Then came the Mother of All Bailout Proposals on September 19, 2008: The Bush administration’s $700 billion dollar bailout proposal for financial markets, which was reworked into something even bigger.

And Republicans want to talk about market forces and market discipline now? Like I said, these guys are idiots.

Look, we're now at the beginning of the worst financial crisis to hit this nation since the Great Depression. Thank you George W. Bush. What's needed is not more of the same mentality that got us into this messs. Republicans take a seat on the bench, please.

The NY Times' Bob Hebert explains why we shouldn't turn our back on Detroit's automakers.

It’s easy to demonize the American auto industry. It has behaved with the foresight of a crack addict for years. But even when people set their own houses on fire, we still dial 9-1-1, hoping to save lives, salvage what we can and protect the rest of the neighborhood. 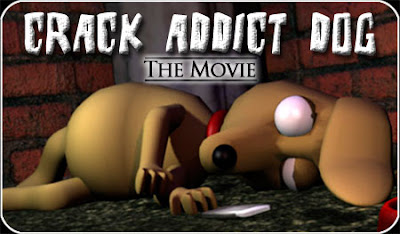 What's needed today is a comprehensive approach that puts the failed Reagan Revolution ideas out to pasture. This means we need to start with more money and more regulation. We did this after World War II.

But what we really need is a domestic Marshal Plan that acknowledges the limitations of markets, while rewarding innovation. Most republicans don't have the vision to understand what this means. Their ideological blinders cloud their view.

I'll have more to say about this in today's program.

Email ThisBlogThis!Share to TwitterShare to FacebookShare to Pinterest
Labels: Bailout, Hypocrisy, Ronald Reagan, The Myth of the Free Market