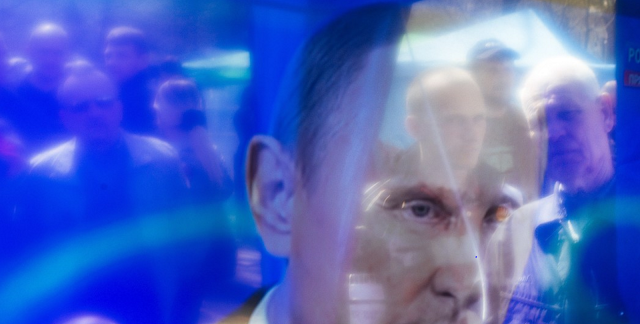 I want to start the new year off by pointing to a must read article that captures the new world order (disorder?) we are seeing unfold before our eyes. It's from Politico Magazine, and is titled, "Putin's Real Long Game."

THE SETTING
In a few words the article by Molly K. McKew argues the world we know is over, and Russia is moving quickly to manipulate trends to their advantage.

The big question is whether President-elect Donald Trump can figure out how the new world is evolving in time to maintain America's global position. Things don't look good.

Since the article is a relatively long read (for many) I'll synopsize the broader argument below.

* RUSSIAN LONG-TERM STRATEGY: Russia is doing all it can to undermine what remains of U.S.-led ideals and global institutions, and has been preparing for what's transpiring today since Vladimir Putin's arrival on the global stage.

* TRUMP'S CONFUSION: There's no real confidence that Donald Trump cares about these global trends, or that he really understands Putin's larger global play.


The real issue is that Russia has already abandoned the post-WWII liberal order created by the West. They may have benefited from it's stability when the Soviet Union collapsed, but the Russians feel no special tug to maintain the system today. This is especially the case if it means they must continue playing second fiddle to the United States and Western Europe.

This shouldn't be a surprise. It's the essence of power politics, a game world leaders have modified but haven't abandoned over the millenniums.

This explains, in part, why Russia has worked to undermine NATO, and is opposed to virtually all western-led trade treaties. They only maintain the status quo, which is not good for Russia.

Worse, Western-led institutions are collaborative and nominally transparent. Authoritarian states like Russia don't work well in these kind of environments.

WHAT'S DRIVING RUSSIA
The fact that Russia neither wields influence nor controls these international institutions only makes them a nuisance in the eyes of the Kremlin. Additionally, institutions like NATO, the European Union, and the World Trade Organization aren't viewed as stabilizing institutions. They are tools of an oppressive system led by arrogant men who have it out for Russia.

Russia is engaged in a war, where strategic goals can only be met by pursuing political outcomes favorable to Moscow. If that means bombing Syria and creating refugee flows that destabilize European unity that's OK. If hacking an election and installing an illiberal, populist-nationalist regime  in America helps achieve Russian goals then this is what needs to be done.

Politically, Russia is an anti-democratic state. Putin's long tenure, the fact that Putin had members of Pussy Riot, a largely unknown punk band, imprisoned for criticizing him, while numerous journalists have been killed in Russia, is testament to Russia's undemocratic nature. From a market perspective, it's no secret that Russia is largely managed by insular oligarchs who have no problem operating in an environment of crony capitalism (so does Wall Street's biggest financial institutions, but that's another story for another day).

Put more simply, the Russian state is led by a gang of bikers who have no problem flaunting the law. But they also understand how the appearance of rules are necessary for them to keep order and make money off of the ignorant hoards who still believe democracy matters. 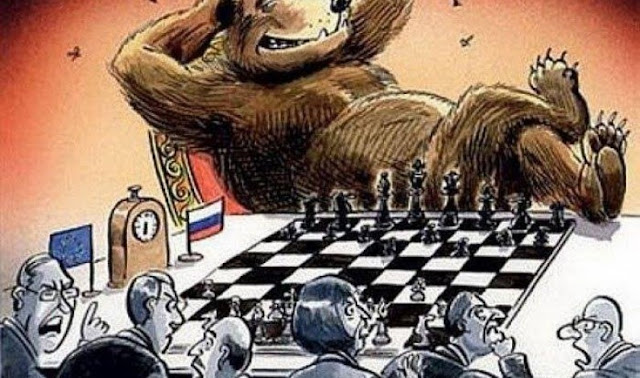 Why does this all matter? Because Vladimir Putin understands all of this. Putin is a smart man. He knows what he's doing. He's in this for the long haul. And he clearly understands the geopolitical stage, and how the game is played. He is a chess player on the world's global chessboard. And Donald Trump? Not so much.

RUSSIA'S STRATEGY
To achieve their ends Russian propaganda efforts have been consistent in their line that the post-WWII system built by the West is in decline. Specifically, Europe is in collapse mode. Brexit proved this. So did the 2008 market collapse. 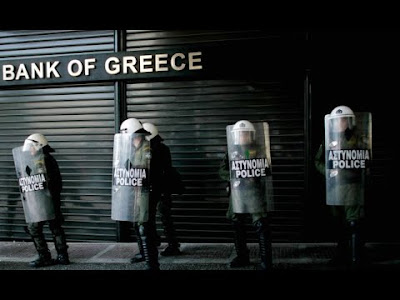 Donald Trump's election, combined with tens of millions Americans having no interest in getting to the bottom of Russia's efforts to interfere with our 2016 elections, illustrate how transparency and democracy don't really matter in America. The fact that tens of millions of Americans don't care about Russian tampering is proof of American decline.

So Russia smiles as the strength of the West - confidence in the values of both our people and our political institutions - is battered by jubilant victors in the United States, who don't seem to care that winning domestic political battles with the help of Moscow moves America one step closer to losing the larger geo-strategic war.

They don't seem to understand that chaos in Syria and the Middle East, plus streams of refugees into Europe, helps destabilize both the European Union and Western alliances by putting pressure on democratic institutions and relationships throughout the continent.

They don't care, or don't seem to understand, that Russian interventions in Chechnya, Ukraine, Georgia, and the Crimea (among others) are really part of a smoke & mirrors campaign designed to undermine NATO and rebuild the Russian empire.

They don't care that Donald Trump's financial interests have him involved with Russian oligarchs which, as I've pointed out elsewhere, compromises America's long-term strategic interests.


Fractured Western alliances ... an aggressive strongman-strategist with nuclear weapons rattling Europe's front door ... and an American president who's more interested in his own wealth than the future of a nation ... All of this contributes to the sense that the West is in chaos, if not outright decline.

Growing domestic divisions and doubts about internal institutions, coupled with crumbling alliances, doesn't paint a pretty picture for the future.

And it certainly doesn't help that Russia's figured out the purpose of war today is not just the physical destruction of a nation-state with an invading army. It also includes the slow erosion of a nation's confidence, unity, and sense of shared values. 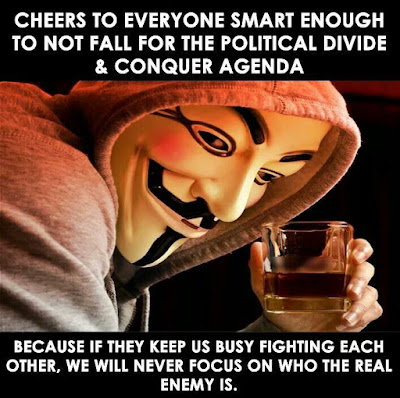 On this score, Vladimir Putin is playing a good part of the American electorate, and the European continent, like a drum.

There's more to this story, which you can access by clicking here.

Hat tip to Agulia for the link to the article.

Why are most of the refugees running to the West for help ? Why Aren't they running to Russia ? If we are to believe that Russia is full of love and compassion for all, then why are they not more welcoming to the refugees ? So perhaps Russia believes they are on the side of truth and justice, but i don't think so.