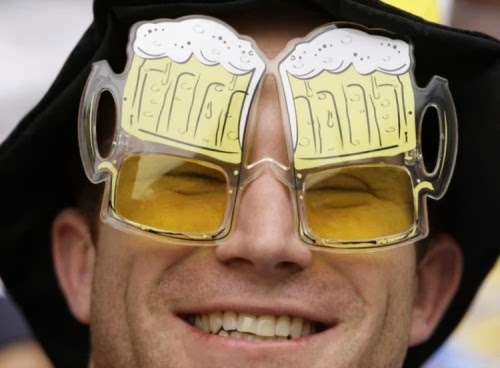 Since 2008 I've written numerous times about favorable legislation, and how the Federal Reserves trillion dollar money dumps into the economy have both skewed and undermined the health of our nation's economy (here, here, here, here, and here). The end result of the Federal Reserves seemingly endless supply of money for Wall Street has been unearned results for - and unrealistic expectations within - our nation's largest financial institutions.

It appears that the president and CEO of the Federal Reserve Bank of Dallas agrees with me on this.

Via Zero Hedge we learn that Richard E. Fisher, the head of the Federal Reserve Bank of Dallas, believes that market players today have been wearing market "beer goggles" because of the Fed's money dumps. The easy money from the Fed helps to explain why market players are seeing healthy market conditions that can't be backed by the facts on the ground.

To be sure, market players may be confident and punch drunk about market conditions, but the record DJIA highs we are seeing have nothing to do with strong market fundamentals. Instead they have everything to do with the Fed's ridiculously cheap and abundant pools of bailout money provided to Wall Street, which is being used to cover the incredibly stupid market bets made before 2008.

This money, according to Fisher, has created a market-centered beer goggles effect within Wall Street's biggest financial institutions. 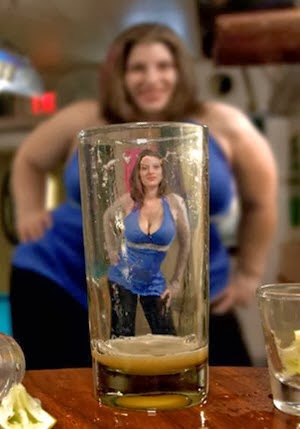 Like drunks in the bar at closing time, market players today are liquored up with the Fed's numerous liquidity dumps and making moves and taking chances that they normally would not take. And why not? With the Federal Reserve supplying the market beer goggles (i.e. money dumps) the market is looking a whole lot better than it really is in America. 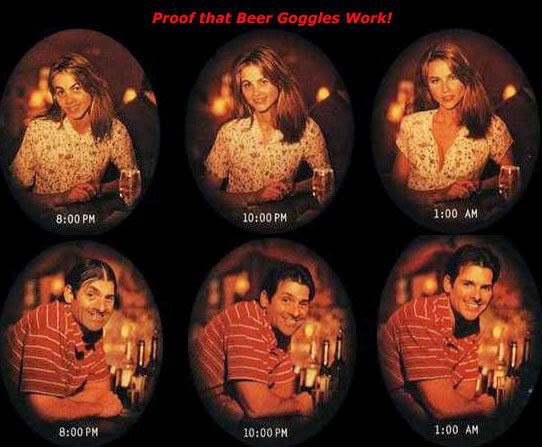 While the beer goggle analogy might be a bit over the top for some (not me), it does help us understand what's happening in our economy.

Be sure to read what the president of the Dallas Fed has to say about our beer goggles economy here.