This is an interesting bit of news. It turns out that California is the "toughest state" in the union for getting food stamps. That's right, liberal California has been doing a better job of keeping eligible residents off the dole than conservative Red states. 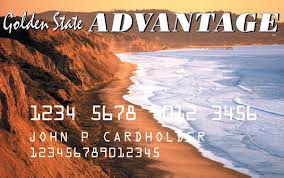 For every state resident in California that was eligible in 2010 only 55% received food stamps. California also ranked dead last when it came to participation rates for the working poor (42%).

This stands in contrast to the national average (about 75%), and to the participation rates we see in conservative Republican-led states, which have between 80-90% of eligible residents receiving food stamps.

According to the LA Times, there are several reasons California has the lowest participation rates. They include understaffed agencies, less than helpful offices, and confusing applications. California is also one of 13 states that bans people from receiving benefits if they are convicted of drug dealing.

One of the surprising reasons that California ranks last is that conservative states also understand the economic gain that comes from having more people on the dole. The federal government fronts the money for the vast majority of food assistance programs. So states like (Republican-led) Florida see food stamps as "free money" and "pay contractors to scour the landscape for people to enroll in the program."

In all cases, this helps explain why conservative Red states are net takers from the federal government, while liberal California puts in more than it takes from America.