SYRIA, RUSSIA AND THE OBAMA DOCTRINE

After canceling a pre-summit meeting with Vladimir Putin President Obama arrived in St. Petersburg, Russia today for the G-20 Summit. 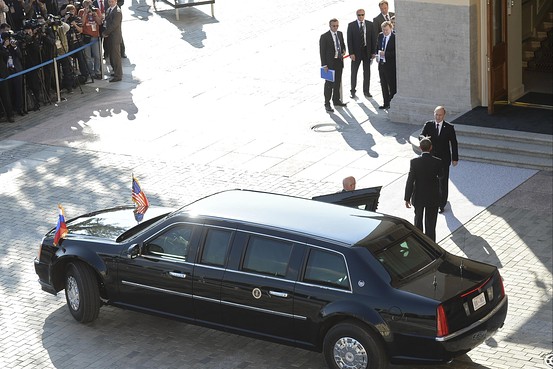 While discussions over pending global economic issues are what bring the world's economic superpowers together - the G-20 nations account for 80 percent of global economic production - tensions in Syria will override all economic discussions. And they should.

With Russia's decision to send a permanent warship fleet to the Mediterranean 5 months ago, the United States and Russia were already playing Naval Stratego in the Mediterranean. Syria has only complicated things. 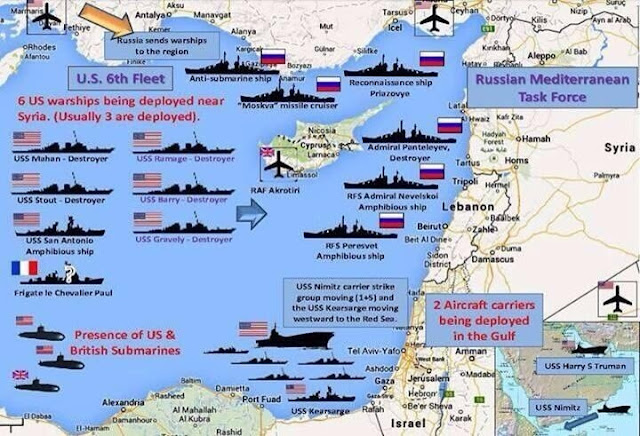 Lost in the myopic, and seemingly never ending, Republicans vs.Obama drama-fest news cycle here in the U.S. are the very real geopolitical issues that Russia sees (and has) in the region.

1. ECONOMIC: Russia's various oil and gas pipeline interests in the area are threatened by both NATO's expansion into Turkey and the region-wide Sunni opposition to the "Shi'ite pipeline" that Russia supports for economic reasons.
2. STRATEGIC: Since before the time of Peter of the Great Russia has needed access to ports that aren't frozen over half the year, which access to the Syrian port of Tartus offers.
3. MILITARY: An increasingly heightened U.S. interest, and presence, in Gaza, Israel, and Syria (which is Iran's "route to the Sea" [sic], according to the GOP's last presidential candidate).


Throw in the fact that the Europe recently intervened in Cyprus against Russian oligarchic interests (the "bail-in"), and we begin to see a much larger picture of the tensions behind U.S.-Russian movements in the region.

With these financial and strategic issues at stake it's clear that Russia, for a lack of a better term, has some very legitimate geopolitical interests in Syria. Unfortunately, in the U.S., the pundits and the talking heads are more concerned with petty point scoring games played in Congress than they are with presenting the general public with tangible issues for Americans to discuss about the region. 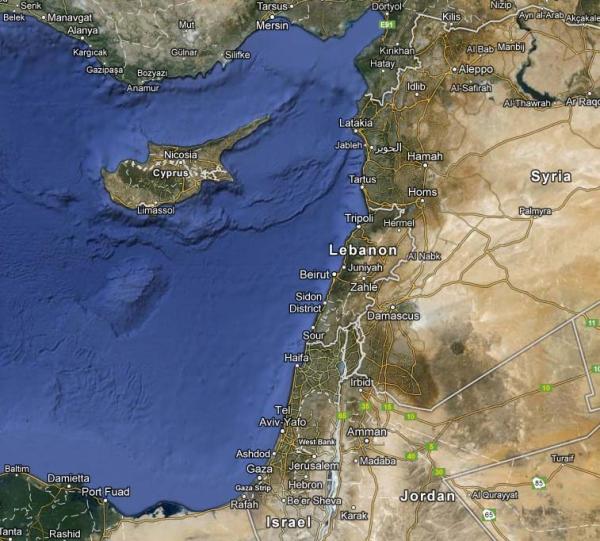 I'm not going to participate in the U.S. medias Republican-Democrat point scoring currently going on (for now). The real key is the long term policy and security issues that will be affected by what's happening today.

For my money it appears that what President Obama is proposing - limited strategic strikes - doesn't fall in line with the Obama Doctrine: Peace through cooperation, order through strength. There is very little cooperation to speak of for President Obama to push for the type of intervention that he's asking for now.

The humanitarian interest position doesn't sit well with me either. Simply put, there are too many abusive governments doing too many ugly things to their people around the world for me to buy into the moral crusading American values angle here. We can't be the world's policeman.

Without backing for intervention from the American public, Britain, China, or any other major players it appears that the only real reason for confronting Bashir Assad in Syria is to protect short-term U.S. oil interests in the region, and to curry favor with the far right, who has a penchant for wanting to militarize virtually every issue it sees abroad.

Without more information - and unless I'm missing something here - I can't say that I support limited strikes in Syria, at this time.

FYI: For those who need some more background on the region, the Washington Post has an informative "nine questions about Syria that you were afraid to ask" piece.

Also, if you're looking for a good book on what happened the last time we decided to stick our toe into the region - that doesn't involve George W. Bush - check out this one.
Posted by Mark A. Martinez at 3:12 PM

Kerry was on MSNBC last night trying to say that this was not a war that launching hundreds of cruise missles into Syria was not a war. And that is exactly the same bullshit story we were told about the Vietnam War. This is not a war it is a police action. And so 58,000 American soldiers lost their lives in a police action.

The Iraq war started out the same way looking for weapons of mass destruction that were never found. Then there was mission creep. It became about Regime change. After regime change it became about putting down the insurgency. Then it became about training the Taliban. We tried to form a democratic government in Iraq which none of them want. The sunni and the shia hate each other and will always be at war. they don't want democracy. Then it became about rebuilding Iraq. Once we attack a country the military is committed, does not want to lose, and will stay there forever if you let them because they are dedicated patriots. Let's not put them in that position or give them the opportunity to cling to another war.