Mitt Romney likes to tell people that he is the epitome of what capitalism is all about. He's rich because he was successful at what he did. According to Romney what he did was create jobs. But this is a lie. 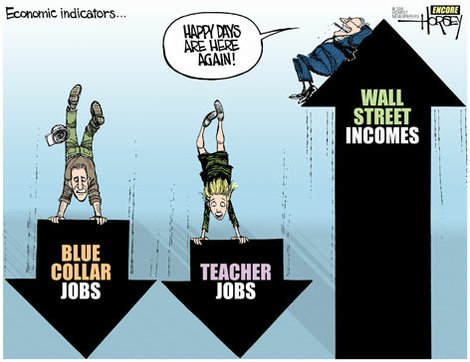 During the republican primaries fellow republicans Rick Perry and Newt Gingrich called him on it. Here's Newt:


Look, I’m for capitalism ... But if somebody comes in, takes all the money out of your company and then leaves you bankrupt while they go off with millions, that’s not traditional capitalism.


After looking into things you would be excused if you were to think that what Romney did at Bain Capital was Predatory or Vulture Capitalism (preying on dead, weak or infirm companies). Instead, what Romney did was engage in what's called Parasitic Capitalism. 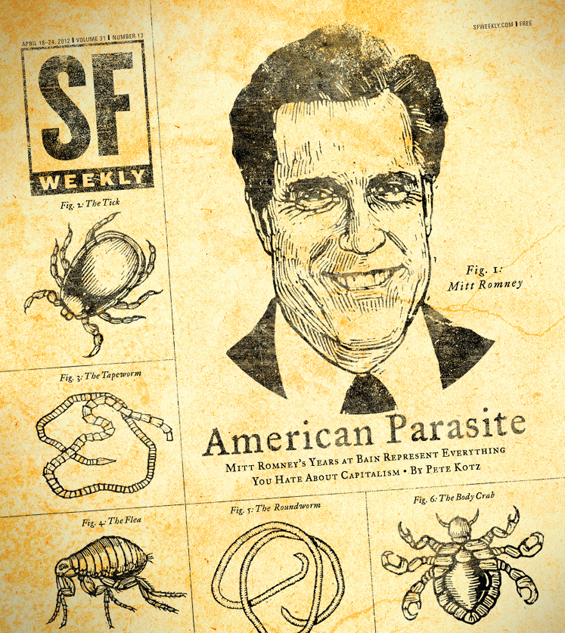 In this article written by Peter Kotz we learn that instead of making money by eliminating weak and inefficient firms a good chunk of Mitt Romney's wealth is a product of sucking the life out of the healthy firms, which he bought with borrowed money.


... The year before Romney purchased [the company] Georgetown, he mounted his career in politics, setting his sights on the biggest target in Massachusetts: the U.S. Senate seat held by Ted Kennedy.

There were early signs that he might topple the Kennedy dynasty. Much like today, Romney was pitching himself as a commander of the economy, a man with the mastery to create jobs. Yet he suffered an affliction common to those atop the financial food chain: He assumed that what was good for him was good for all. Call it trickle-down blindness.

In the midst of that 1994 campaign, one of Romney's companies, American Pad & Paper, bought a plant in Marion, Ind. At the time, it was prosperous enough to be running three shifts.

Bain's first move was to fire all 258 workers, then invite them to reapply for their jobs at lower wages and a 50 percent cut in health care benefits.

"They came in and said, 'You're all fired,'" employee Randy Johnson told the Los Angeles Times. "'If you want to work for us, here's an application.' We had insurance until the end of the week. That was it. It was brutal."

But instead of reapplying, the workers went on strike. They also decided the good people of Massachusetts should know what kind of man wanted to be their senator. Suddenly, Indiana accents were showing up in Kennedy TV ads, offering tales of Romney's villainy. He was sketched as a corporate Lucifer, one who wouldn't blink at crushing little people if it meant prettying his portfolio.

Needless to say, this wasn't a proper leading man's role for a labor state like Massachusetts. Romney was pounded in the election, taking just 41 percent of the vote. Meanwhile, the Marion plant closed just six months after Bain's purchase. The jobs were shipped to Mexico.


Like all parasitic forms Romney benefited by exploiting the resources, environment, and hard work of others. Specifically, Mitt Romney became rich because for over 30 years our lobbyist driven economic system has:

* ... rewarded borrowed money with interest deductions.
* ... encouraged capital investments with generous tax cuts and an effective tax rate of 15 percent for specific market players (but not for you and me).
* ... allowed companies to underfund pensions and then dump them on the federal government when companies go bankrupt.


If this wasn't enough, organized labor has been under attack for 30 years. Ronald Reagan began the process when he fired air traffic controllers. He then encouraged industry to use layoff threats as a negotiating strategy while he and his successors pursued globalization policies and free trade treaties, both of which made it easier for industry to sweep workers out and ship jobs over seas. 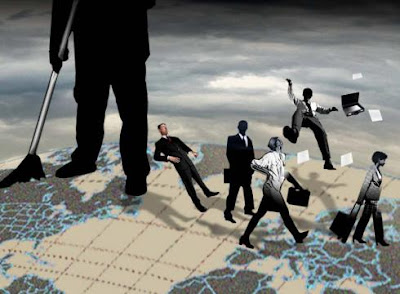 Tax subsidized investments and state negotiated "free trade" agreements created the culture and environment for Romney and friends to eliminate jobs and destroy industries. It's really that simple. Free trade and the magic of the market ... backed by favorable legislation and state negotiated treaties.

An orthodox paradox if I ever saw one.

Just to be clear. There's a difference between Venture Capitalism (what my brother does in the Silicon Valley), Vulture Capitalism (rejuvenating old firms; actually good for the economy), and Parasitic Capitalism (what Romney did). The first merges new ideas with aggressive money to produce new products (like Facebook). The second matches inefficient and failed industries with new investors who want to produce a product (like cars). The last uses borrowed money to buy strong companies, which are used as bait to secure more loans to pay the new financial managers for their "genius."

The first two groups are real capitalists. The last are parasites living off the host organism. Instead of building industries and monopolies they are using the money of others to play monopoly. 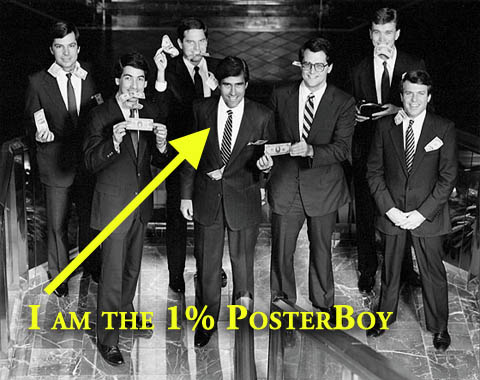 To recap, Mitt Romney borrowed money to purchase healthy companies. Often he would put these companies together with other companies to form a new corporation and then borrow more money to pay himself and his company (Bain Capital) millions in management fees. To pay off the borrowed money Romney would cut back on a firms maintenance, cut wages and benefits, and fire employees to help pay down debt loads accumulated by their borrowing spree. Many of these debt laden companies went bankrupt, or had their jobs shifted to other countries.

No wonder Romney can't keep his stories straight. He's not even trying. Romney needs the smoke and mirrors to keep people from understanding the difference between venture capitalists, vulture capitalists, and him ... the parasitic capitalist.

So to sum it all up, Mitt Romney is today's Lex Luthor!