YET ANOTHER (yes, "another") EPIC FAIL WEEK FOR THE GOP 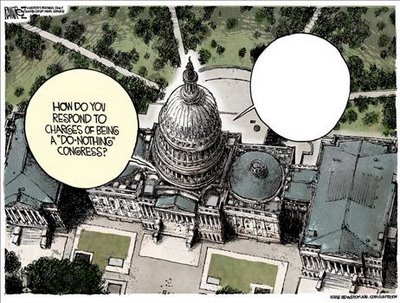 Recall when the GOP arrived on the scene after winning the House in 2010? They immediately went to work ... pursuing reckless and largely symbolic policies.

It was so pathetic (and transparent) that I wrote about their epic failures during their first few weeks in power here and here. Reading the Constitution on the House floor. Redefining rape. Passing symbolic bills with no chance of being signed by the president.

And let's not forget the crying. All that manly-man, "I'm so proud of myself" crying. 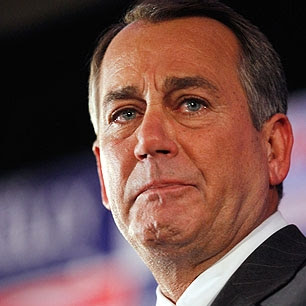 Anyways, the goal for the GOP then wasn't to govern. And it still isn't today. This helps explain why, in spite of an on-going recession that still threatens to slide into an all out depression, our GOP led House has done a fraction of the work that they could have. 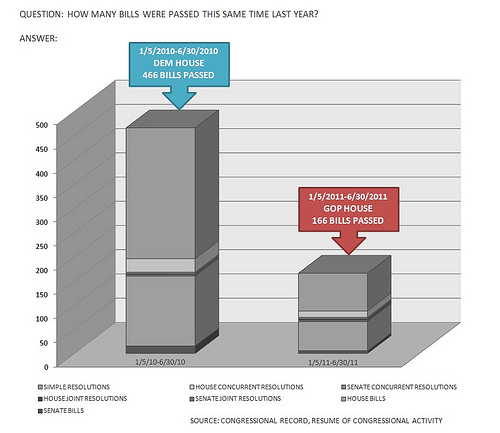 At the end of the day, the goal of our House led GOP is to gum up the works so much that President Obama can't govern either. Check out this week's "Just Say No" nonsense:

* This past week our GOP led Congress decided to follow an idolatrous path and loudly reaffirm our nation's commitment to God ... like God really cares if we kiss His ass on the House floor. Like that's so much better than finding ways to create jobs for the unemployed, or working to fix our housing and mortgage mess.

* God, I'm sure, must be happy with the super committee's stalled talks over the GOP's decision to keep the richest Americans from seeing their taxes increased to help pay down our nation's debt (which forces us to borrow from China).

* Related, not only did our Congress fail to deal with unemployment (or increasing revenue), but the Senate voted to block President Obama's $60-billion jobs plan this past Thursday (Nov. 3). This was a follow up to last month's "let's do nothing" filibuster of President Obama's larger $447-billion jobs plan, and their subsequent "let's continue doing nothing" rejection of Obama's $35-billion proposal to save the jobs of teachers and firefighters. Nice.

* Incredibly, though, our GOP led House found the time to pass H.R. 2527, which allows for the creation of a baseball Hall of Fame commemorative coin.


So, there you have it. Nothing on jobs. Nothing on infrastructure. Nothing for teachers and firefighters. Nothing on revenue from those most able to pay. Not even a murmur about the Greek situation.

And, no, the GOP job proposal legislation that's "sitting in Congress" doesn't count. They're really deregulation-tax favor poison pills, which are industry favors and only serve to set us up for a replay of the Bush Titanic.

Still, we need to understand how politically useful all of this obstinacy and obstructionism is for the GOP. Simply put, it allows Republicans to point to President Obama as a president who "can't get it done."

Never mind that no president has ever had to work with a Senate that requires a filibuster proof 60 votes to pass a bill.

Never mind that just saying "no" is no way to govern.

Never mind that 30 years of a failed ideology should be proof that we can't do it all over again.

And never mind that all of this is destructive to our nation's democracy and our economic health.

As long as the GOP gets Americans to believe that President Obama is not fit to govern, all is good in their world. Which explains why this past week was yet another epic fail week for the GOP.