This shouldn't be a surprise to anyone. But I'm sure it is. Thanks to a Bloomberg investigation, many are now learning the details behind the Federal Reserve's $1.2 trillion back door bailout for Wall Street's biggest financial institutions. I've been writing about it for some time already (see links below), so I wasn't going to post on this when it came out last week. But it's important, so I'll make a few short comments.

Simply put, the nation's biggest banks like "Citigroup, Bank of America​, Morgan Stanley​, and Goldman Sachs, along with dozens of others, received about $1.2 trillion in loans from an alphabet soup of Fed supplementary lending programs." 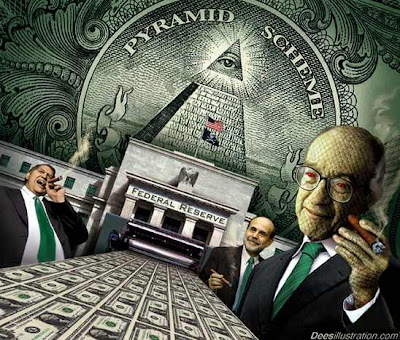 In the FYI category, you and I don't have access to any of the Fed's loan programs. Just the banks. Sweet.

How did this happen, you ask? Simple, as I wrote about then, the Federal Reserve opened up the equivalent of new "teller windows" to deal with our collapsing institutions in 2007. Since then the Fed has lent Wall Street's biggest banks at least $1 trillion to deal with their financial mess. While I suggest you check out Bloomberg's cool interactive, here's what it looks like in chart form ... 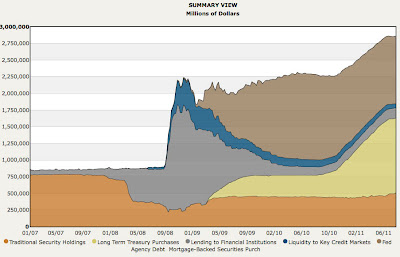 While Bloomberg's interactive refers to the money lifelines as "secret" that really isn't the case. The information has been out there. I've been blogging about the "Fed's cash machine," the money dumps, and the Fed's numerous handouts immediately after the market collapsed in 2008. In fact, I started writing about financial favors for Wall Street long before the market collapsed in 2008 (see this, this, this, and this).

Throughout the money dump Wall Street's largest "let the market work" institutions have been encouraging it all.

Whatever you want to believe, it's one of the reasons I've been saying for years that we don't have a free market. It's also why I've saying that our banks are insolvent, even if they appear liquid. They may have access to money, but they're still sitting on toxic assets that could wipe them out if they were forced to log them in at market value ... and if we had a government that would force them to live by market values.

Instead, through the Fed's miracle cash machine they've been granted bailout after bailout, and one regulatory favor after another.