As part of Rep. Paul Ryan's (R-WI) take-from-the-poor, but-let's-subsidize-the-rich budget proposal we see that he and the GOP are taking an axe to entitlement programs like Medicare (turns it into an underfunded voucher program) and Social Security (reduces benefits). It also cuts taxes on the rich, again. 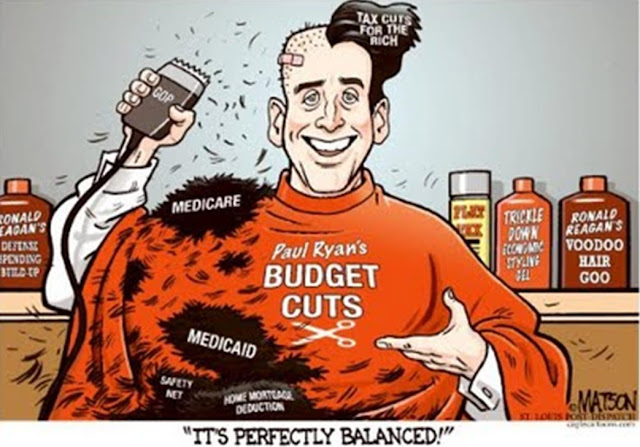 Funny thing, though. It turns out that our anti-state, let's cut entitlements because "the-private-sector-works-best" champion Paul Ryan also received social security benefits when he was young. Worse, Rep. Ryan then used his saved up social security money to attend a public university (What? He wasn't good enough to get into a private univeristy?).

I'm not sure, but I'm guessing that Paul Ryan also traveled to campus on public roads which were protected, managed, and maintained by, you know, public employees.

However, before anyone casts judgment ... 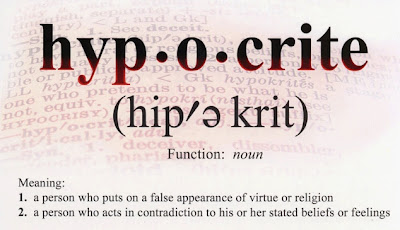 ... we should all remember that this is the way Jesus wants things to be. Seriously. But we're not just talking about the old biblical Jesus, who didn't understand how to deal with the poor and infirm. We're talking about the new and improved Republican Jesus.

Republican Jesus says that the GOP is obligated by God to make things tougher on the elderly and the poor by transferring more wealth to the rich. 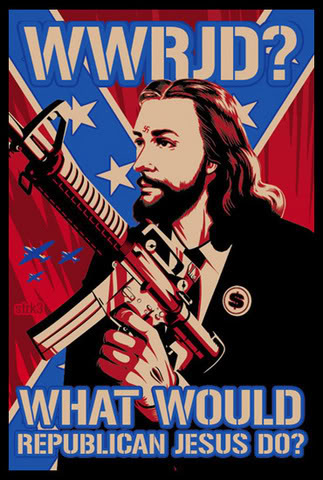 The rich, after all, must have more money to exchange in the temples of Wall Street.

And besides, we should all keep in mind that the GOP's policies serve us all since Republicans can always be expected to walk the walk when it comes to chivalry, respecting the bible, and family values ... oh, wait, what about ... and then ...