"OBAMA DOCTRINE" PRAISED BY CONSERVATIVES (and what they missed)

Apparently President Obama's Oslo speech not only swayed conservatives but, as I suggested two days ago, has set the tone for what appears to be an emerging Obama Doctrine: Peace through cooperation, Order through strength.

This, as will become clearer below, demonstrates that President Obama, like the post-war architects of 1945, has a much more sophisticated understanding of power than his predecessor, and many of his contemporaries. 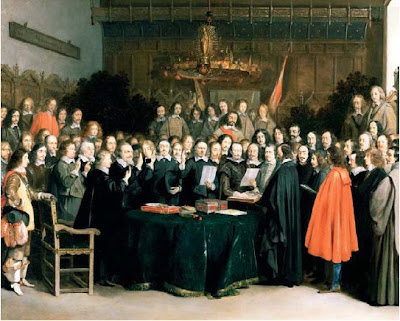 While conservatives have focused on President Obama's muscular comments that "the United States of America has helped underwrite global security for more than six decades with the blood of our citizens and the strength of our arms" they completely ignored what President Obama said about how "global security" has been maintained. Specifically, President Obama made it clear that Pax Americana - the American Peace - was made possible because the United States openly embraced multilateral institutions.

In the wake of such destruction, and with the advent of the nuclear age, it became clear to victor and vanquished alike that the world needed institutions to prevent another world war. And so, a quarter century after the United States Senate rejected the League of Nations -- an idea for which Woodrow Wilson received this prize -- America led the world in constructing an architecture to keep the peace: a Marshall Plan and a United Nations, mechanisms to govern the waging of war, treaties to protect human rights, prevent genocide, restrict the most dangerous weapons.

In many ways, these efforts succeeded. Yes, terrible wars have been fought, and atrocities committed. But there has been no Third World War. The Cold War ended with jubilant crowds dismantling a wall. Commerce has stitched much of the world together. Billions have been lifted from poverty. The ideals of liberty and self-determination, equality and the rule of law have haltingly advanced. We are the heirs of the fortitude and foresight of generations past, and it is a legacy for which my own country is rightfully proud.

What President Obama was telling the world, which conservatives rarely acknowledge (or simply don't understand) is that institutions and treaties matter. Put more bluntly, he was pointing out that modern diplomacy and global stability has moved beyond the simple embrace of balance of power, shifting alliances, coercion, and brute force. 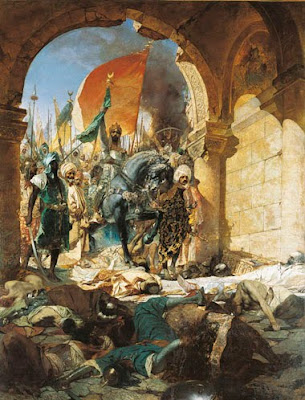 This is critical because history tells us that order built on shifting alliances and simple coercion alone tend to break down, and have swallowed the world into increasingly destructive wars. Indeed, over the past 400-plus years we have seen the destruction of "global" (European) order via increasingly vicious wars. The bloody wars of religion brought on the Protestant Reformation, which reached a climax with the Thirty Years War (ending in 1648). These wars were followed by the War of Spanish Succession (1701-1714). 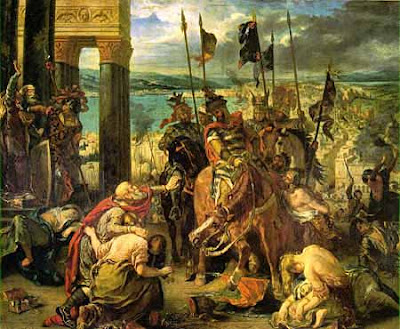 The instability and carnage that the Napoleonic Wars (1799-1815) brought to the European continent was followed by the ugliness and destruction of World War I. With it the world came to realize that, as President Obama put it, "The capacity of human beings to think up new ways to kill one another proved inexhaustible ..." 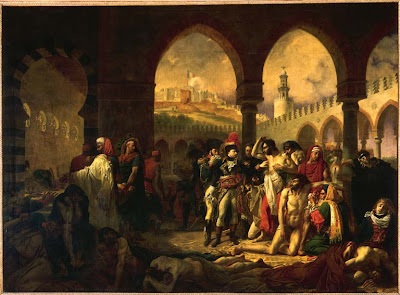 World War I, as we know, was followed by the destruction of World War II, which inspired scholars to think of both WWI and WWII as modernity's version of the Thirty Years War. 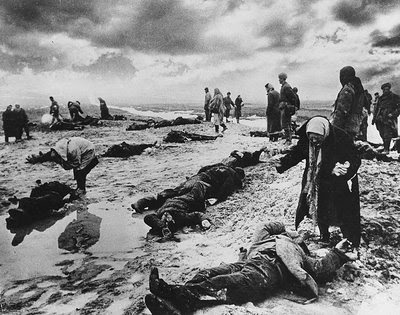 This is important to understand because President Obama is acknowledging that, over time, we have learned that patterns and expectations created by treaties have had an impact. Treaties crafted at Westphalia (1648), Utrecht (1713), Vienna (1815), Versailles (1919), and at Bretton Woods (1944) and Potsdam (1945) have helped to establish international rules, protocols, and global patterns that, in many ways, create the functional equivalent of a global constitution (for an excellent book on this, see G. John Ikenberry's After Victory).

Established patterns have created expectations that have built - as I constantly tell my international relations students - islands of order in the sea of anarchy. This doesn't mean that war can (or will) be eradicated. It only means that the proclivity toward war can be reduced. This can only happen if other nations see the institutions, and the nations that create those institutions, as legitimate.

Legitimacy today, as President Obama emphasized, comes only when responsible leaders are prepared to use force with cause. But it also comes when everyone, including the biggest actors, play by the rules established by the treaties and institutions created. As President Obama put it:

So part of our challenge is reconciling these two seemingly inreconcilable truths -- that war is sometimes necessary, and war at some level is an expression of human folly. Concretely, we must direct our effort to the task that President Kennedy called for long ago. "Let us focus," he said, "on a more practical, more attainable peace, based not on a sudden revolution in human nature but on a gradual evolution in human institutions." A gradual evolution of human institutions.

To begin with, I believe that all nations -- strong and weak alike -- must adhere to standards that govern the use of force. I -- like any head of state -- reserve the right to act unilaterally if necessary to defend my nation. Nevertheless, I am convinced that adhering to standards, international standards, strengthens those who do, and isolates and weakens those who don't.


There's more. Much more. So do yourself a favor and read the speech (it's that good).

But make no mistake. By advocating Peace through cooperation, Order through strength, President Obama presented the world with a more responsible way of thinking about global security that, as former Speaker of the House Newt Gingrich put it, bordered on the "historic."

UPDATE (11-21-12): If you want to read an excellent book on the Obama Doctrine take a look at David E. Sanger's Confront and Conceal: Obama's Secret Wars and Surprising Use of American Power (Random House, 2012). It provides a detailed look at the Obama Doctrine by outlining the president's use of coalitions when broader U.S. global interests are evident (like the intervention in Libya) and aggressive unilateralism when specific U.S. security interests are involved (the drone attacks and the killing of Osama Bin Laden). For a quick but still nuanced review of the Obama Doctrine check out Joseph S. Nye's article, "The Obama Doctrine's First Term."

Here's the link for the speech.