THE RETURN OF PARISH SERFDOM ... AND WAL-MART IS HELPING IT RETURN WITH A VENGEANCE 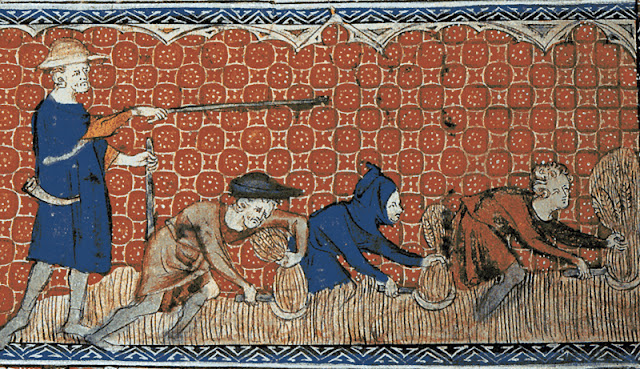 For years Wal-Mart and other companies with 500 or more employees have increased profit levels by paying salaries that don't provide a living wage. A living wage is the wage necessary for a worker to meet basic needs, which include shelter, clothing health care, utilities, nutrition, etc. (more on this below). When wages aren't sufficient to survive the state - or the taxpayer - must step in to help provide for basic necessities of life.

The interesting thing is that we've known how miserly wages paid by companies like Wal-Mart have cost the taxpayer for some time now.

The larger issue behind not paying a living wage, and having the state pick up the slack, is not that it happens. The larger issue is understanding that employers like Wal-Mart actively work to game the system so that it happens. Compounding the issue is that there is no shame in paying poverty wages, or in having the taxpayer subsidize profit levels that allow six members of the Walton family to have as much wealth ($89.5 billion) as the millions of individuals who make up the 40 percent of American families living at the bottom of the country's wealth distribution ladder. 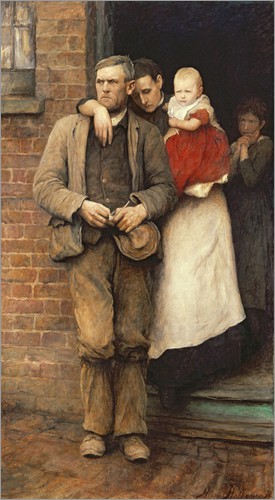 Incredibly, the Wal-Mart story is an old one. While the details may differ, history tells us that those with wealth and power, and not just today's largest corporations, have been milking the state to pad their profits for some time now. Indeed, having the state subsidize wealth accumulation has been going on since well before Wal-Mart - and even market capitalism as we know it - came along.

The Great Transformation
While describing the evolution of modern market economies Karl Polanyi explained in The Great Transformation (1944) how the market, and the prospects of market players, got a significant boost from state policies. Describing the conditions that existed in 17th century England, Polanyi explains how paupers were essentially required to stay in their parish districts after the Act of Settlement (or the Poor Relief Act) was signed in 1662. 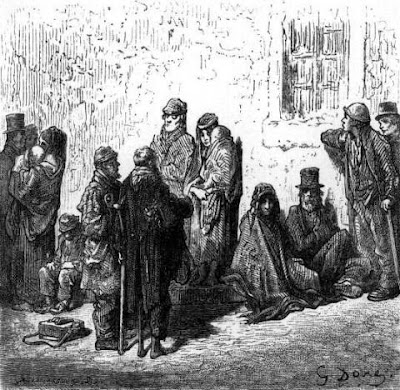 While the goal was to keep the wretched and the poor from wandering into other communities, and becoming a burden on others, the end result was that those with wealth in England benefited.

Specifically, the Act of Settlement benefited owners of large estates and farmers because they could now depend on a captive tenant and labor market pool. They also benefited from having access to dormant laborers from other parishes, who might be invited to work, but could also be fired and forced to return to their home parishes (before they could establish residency, usually after 40 days).

But wait. That's not all that was going on.

Adam Smith, the godfather of capitalism, also condemned the Act of Settlement. He argued that it undermined the system of reward because it prohibited the individual laborer from exercising "his industry in any parish but that to which he belongs."

Smith understood that the Act of Settlement hindered worker mobility, which prevented labor from finding its level price. Not only did these dynamics subsidize those with property and wealth, it came at the expense of the common worker.

In effect, by tying people to their parish the Act of Settlement had created a system of Parish Serfdom. 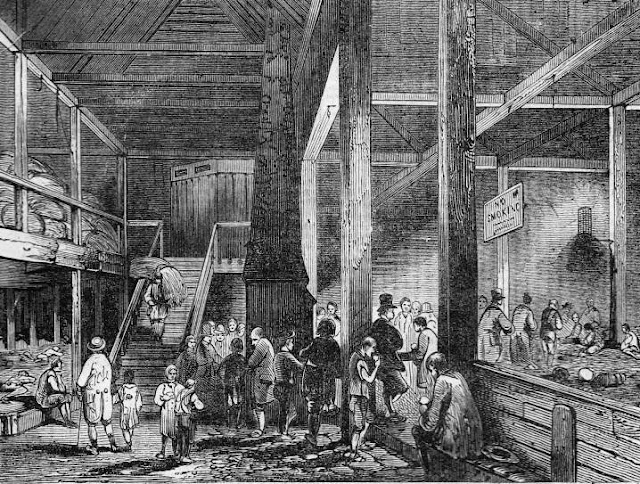 Because workers found it difficult to travel outside of their parish district, they had to compete with cheap labor brought in from other parishes (who could be dismissed at any time without cause), or were forced into work houses. The fact that the family plot and common land were disappearing (industrialization) only made matters worse since workers could no longer rely on eking out a living from the land when the economy soured.

In this environment landowners and industrialists had no reason to pay competitive market wages. So they didn't.

Parish Serfdom & State Subsidized Profits
By 1795 the Act of Settlement had been partially repealed. Unfortunately, a series of events (the Enclosure Movement, bad harvests, the Napoleonic Wars, tariffs, etc.) would also create a larger than normal pool of impoverished workers who could not afford to feed themselves. After suggesting that higher wages be paid by farmers and other employers - a suggestion that was rebuffed - local authorities in the village of Speenhamland saw mass famine and political upheaval on the horizon. They decided to act.

In the absence of higher wages, the working poor in the village of Speenhamland would receive public assistance, which would be paid by parish authorities. To be sure, new taxes were assessed to help defray costs (on large estates too). But the Speenhamland System allowed farmers and emerging industrialists to continue paying below subsistence wages.

And why not? The community parish would was picking up the tab for keeping workers healthy and alive. 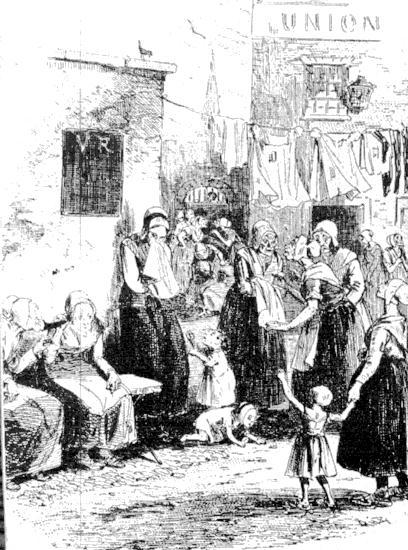 Those who pointed out that the Speenhamland System was really a massive subsidy for the landed elite, and other employers, were drowned out by the cacophony of disdain for the lazy and the wretched poor.

By refusing to pay their employees a living wage - as was the case with the employers in 17th century England - companies like Wal Mart are effectively encouraging their workers to seek public assistance.

In a revealing study produced in the U.S. House of Representatives (prepared by the Democrats, since the GOP is focused on saying No, and trying to defund Obamacare) we learn that Wal-Mart employees are applying for state welfare programs in record numbers. Unable to pay for basic necessities Wal-Marts workers need help and apply for state assistance for school meals (breakfast and lunch), housing, Medicaid, utilities, food (SNAP, or food stamps), and child care, among other basic needs.

And it's happening across the country 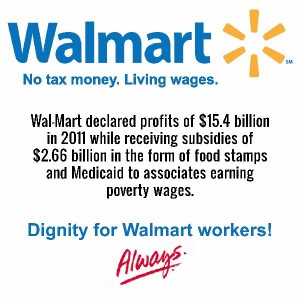 In California the story is not much different. According to the LA Times over the next 5 years an additional 130,000 workers who work for large firms like Wal-Mart will be placed on California's Medi-Cal rosters. Part of the reason for doing this is to take advantage of Obamacare, which means that in spite of having the resources to pay for their full-time employees Wal-Mart is going to dump as many eligible workers into the state system as they can.

Wal-Marts actions will boost the number of full-time workers on Medi-Cal to 400,000 people by 2019. This will cost the state between $5-6,000 per year, but will also boost company profits.

To deal with this development legislation made its way through California's legislature earlier this summer that would have fined large companies like Wal-Mart for every full-time employee that ends up on the states Medi-Cal program (California's version of Medicaid). The rationale is simple. California doesn't want to subsidize corporate profits by using tax payer dollars to keep a company's workers healthy and fed. Unfortunately, the legislation (AB 880) failed to pass.

While ordinary workers today are no longer held to their "parish district" the harsh reality is that they are forced to compete in a labor environment that undercuts the ability of laborers to earn a decent wage (hostility to unions, lax immigration policies, etc.). The fact that the state continues to subsidize the profits of large companies like Wal-Market by augmenting their miserly wages should tell us all that Parish Serfdom is not just a concept for historians.

Our march towards Parish Serfdom is real, on so many levels.

FYI: The living wage differs from the minimum wage and subsistence wage. The former is an arbitrary wage established by law, while a latter is the income necessary to buy enough food to keep your body functioning.
Posted by Mark A. Martinez at 8:44 AM