Of all the "fun" things humanity has figured out the prolonged and brutal torture of each other seems to be among the most creative of our efforts. Among the many tools that we've concocted include the Iron Maiden. While there were many variants, one iron cast model, like the one shown here, was built to follow the general contours of the human body. 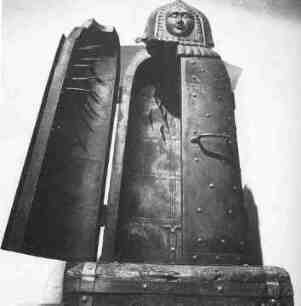 In this model, a hinged front door allowed torturers to put their subjects in, and helped keep them upright. Generally there was a small opening around the face so that the torturer could interrogate their victim, and hear their confessions (they usually confessed), with knives and nails fastened securely on the inside for maximum effect.

Often times slits were placed throughout the Iron Maiden so that the torturer could continue to pierce and/or kill their standing target at their discretion. Most often the slits were placed, by design, so that they would miss important organs which allowed for slower death and greater pain and suffering. These little toys of humanity worked so well that even Saddam Hussein's son, Uday, had one. But, apparently, it didn't look like this one ... 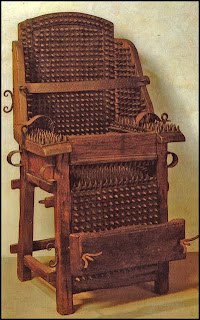 I bring all of this up because it would appear that the financial mandarins of America are not only afraid of having their emergency treasure chest of TARP money dry up, but that they have assigned the name "Maiden" to the institutions they created to help transfer money to the failed financial sector. How appropriate.

More specifically, as Willem Buiter pointed out about seven months ago, the Federal Reserve created three "Maiden Lane" corporations. If we cut through all the legalese, at the end of the day these institutions forcefully extract and transfer money from the American taxpayer to America's collapsed financial institutions. For this reason I think it would be more appropriate to call these institutions Financial Iron Maidens, or Iron Maiden Lanes. 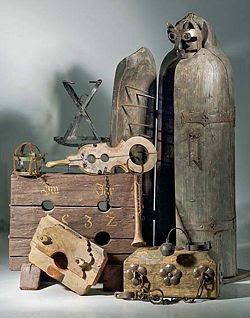 JP Morgan Chase executives celebrated like any Grand Inquisitor who got what they wanted by giving each other bonuses and jacking up the credit card rates of America's card holders. American taxpayers, for their part, are getting the functional equivalent of this ... 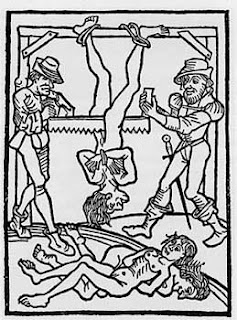 Things worked out so well for JP Morgan Chase that Iron Maiden Lane II (for AIG loans) and Iron Maiden Lane III (for AIG default swaps) were created and used to make hundreds of billions in toxic and failed AIG contracts whole. If the market continues to slowly collapse we just might have to bring out the "skull splitter" ... 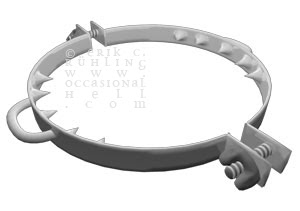 Good times. Whoever thought the instruments of torture could be so educational?